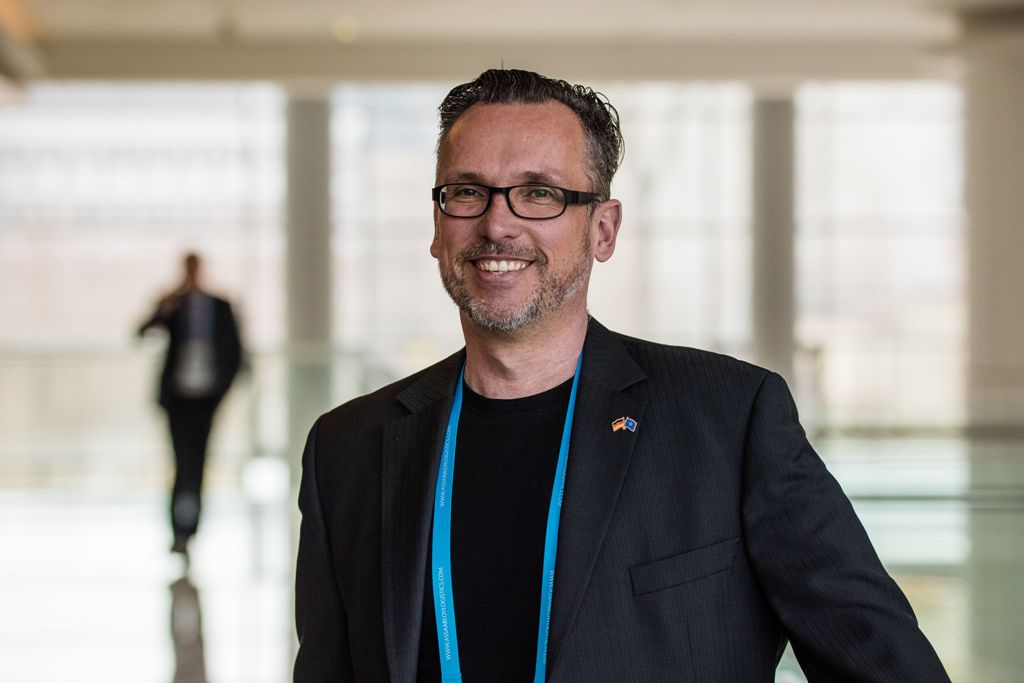 The theft of cash from the hold of an aircraft was the largest single cargo crime by value recorded in the Europe, Middle East & Africa (EMEA) region during the second quarter of the year.

The latest statistics from the Transported Asset Protection Association (TAPA) show that thefts of products from supply chains in the EMEA region exceeded €55m, or more than €305,000 a day, in the first six months of 2019.

The highest value loss in the quarter involved the theft of €10m in cash from the cargo hold of an aircraft at Tirana airport in Albania on April 9.

Thorsten Neumann, president and chief executive of TAPA EMEA, said: “While these figures should set alarm bells ringing for manufacturers and the cargo industry, they are still only a fraction of the full impact of freight losses in the region.

“Less than 30% of the losses in Q2/19 provided any financial data and, even more significantly, it is important to remember that we can only share intelligence on the thefts reported to our IIS database.”

In the April-June 2019 period, there were 24 losses with a value exceeded €100,000 and these crimes alone produced an average of €677,010. These contributed to an overall recorded loss total for the quarter of more than €21m.

In the second quarter of 2019, the top 10 countries for recorded losses – France, Germany, the Netherlands, United Kingdom, Spain, Russia, South Africa, Belgium, Romania and Italy – accounted for 91.8% of all incidents added to the TAPA IIS database.

The majority of cargo losses, however, still involved thieves targeting goods onboard trucks, most notably when they were parked in unsecured or unclassified locations. 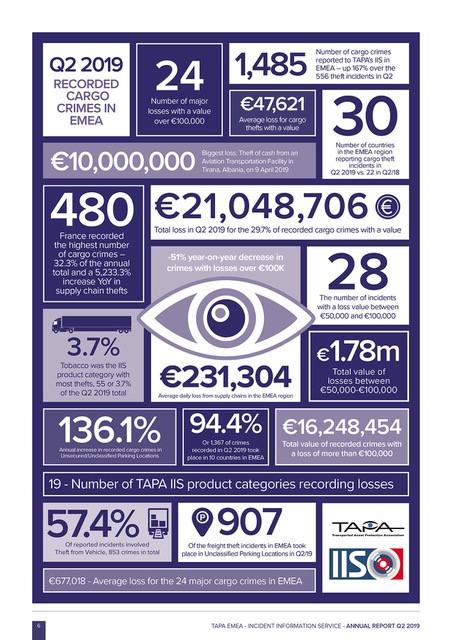