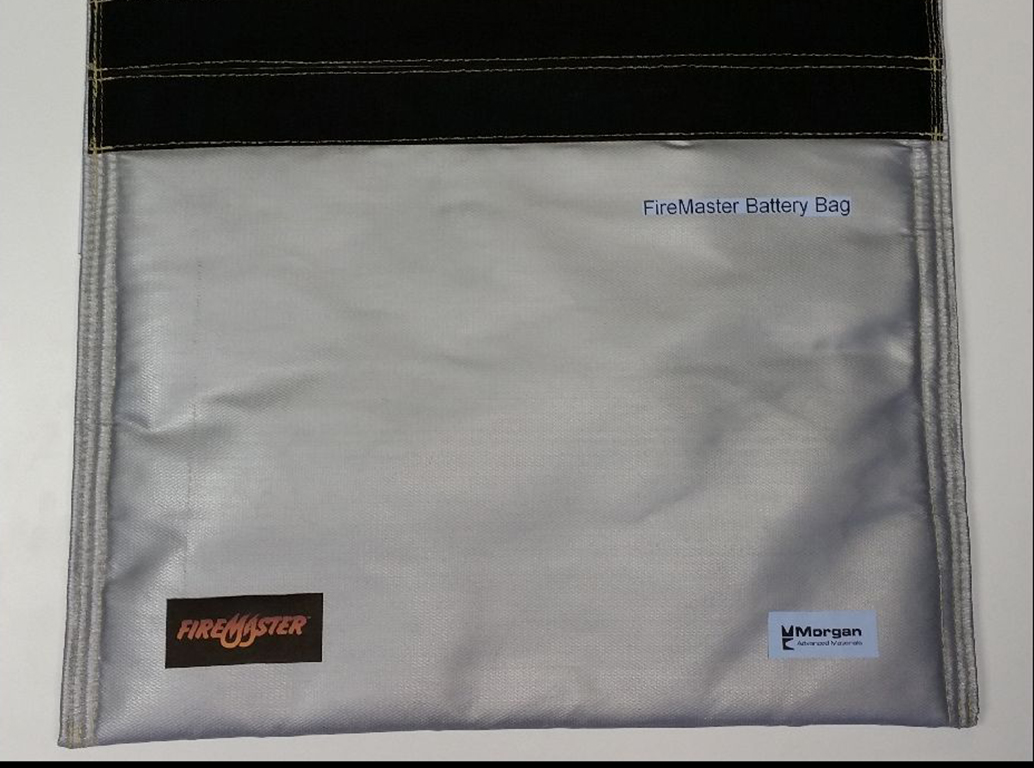 Morgan Advanced Materials has launched a thermal bag to counter the fire risk from overheating Lithium-Ion batteries due to thermal runaway.
Morgan said that its FireMaster battery bags have gone through an extensive period of testing in conjunction with Germanwings, part of the Lufthansa Group.
The FireMaster bag, which measures 500 mm x 500 mm, comprises two of Morgan’s specialist thermal materials to create a sealable, water-resistant compartment capable of containing the heat spread in the event of a primary-lithium or lithium-ion battery fire.
The US Federal Aviation Administration (FAA) has recorded an average of six incidents every year for the last 25 years involving batteries carried as baggage or cargo, with an increasing proportion of these being caused by lithium batteries.
Studies have proven that lithium battery fires cannot be adequately suppressed by halon fire extinguishing methods, leading to both primary lithium and lithium-ion batteries being categorised as Class 9 hazardous materials.
Both the FAA and the International Civil Aviation Organisation (ICAO) have restricted the transportation of lithium-based batteries as cargo, with the most recent ruling taking effect from the April 1, 2016.
The term thermal runaway is used when a lithium battery overheats past its point of thermal stability (150°C/302°F), resulting in fire, explosion, a pressure wave, or all three.
Thomas Schwarz, sales director for Morgan’s thermal ceramics business, said: “The transportation of lithium-based batteries as cargo has been regulated by the aviation authorities for more than a decade, but no limitations have been placed on the transportation of these products within the main aircraft cabin.
“Thermal runaway, although a rare occurrence, can have a catastrophic effect on an aircraft in flight and passenger airlines have been proactive in trying to find a solution to this manageable danger.
“Now, thanks to the help of Germanwings, we have been able to leverage our expertise in the field of thermal technologies to create a solution to this problem.”
The bag benefits from Morgan’s FireMaster Marine Plus technology, which was originally designed for use in the oil & gas sector, providing thermal protection from uncontrolled fire for sustained periods of time.