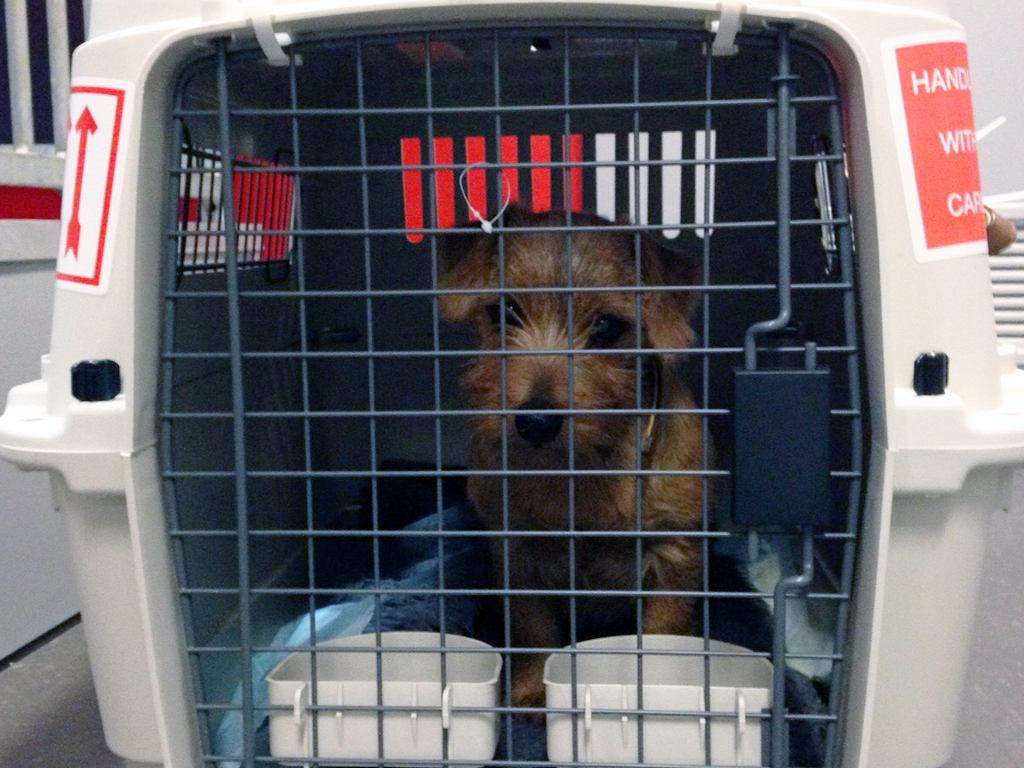 She probably doesn’t know it, but Tiffany is a record-breaker – she has become the first live animal to be moved by American Airlines between the Netherlands and the US. Tiffany, an extremely rare Dutch Smoushond, travelled animal VIP class courtesy of specialist forwarder, Animals to Fly.
AA Cargo’s GSA in The Netherlands, FlyUs, assigned animal loving team members Patrick Smidt and Benny Bekker to take care of Tiffany, who is still only a pup and needed specialist handling and care.
She spent the night before her flight at the Animals by Air facility. On the morning of departure she played happily and had a walk before being taken to the aircraft. Safely loaded onto the B757 aircraft for the flight, Tiffany was re-united with her delighted owners just nine hours later.
“We are so pleased and proud of how Tiffany’s journey went we now have a photo of her hanging in a special place on our office wall, says Patrick Smidt of FlyUs. “We’ll never forget our first Tiffany and we believe she is a trail blazer for many others to fly with American Airlines Cargo.”