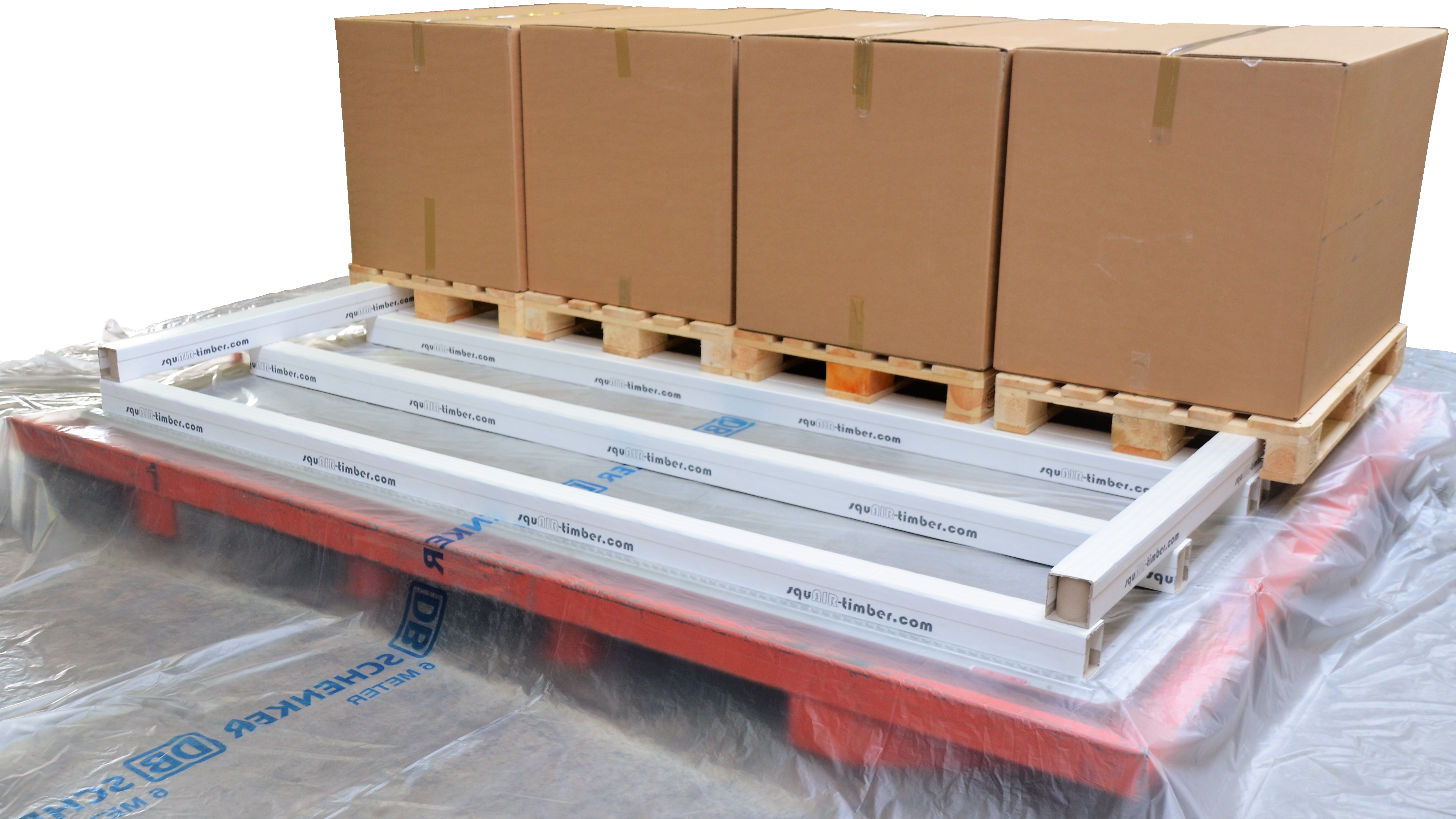 Germany-based Trilatec has introduced a lightweight, 100% recycled cardboard alternative to traditional heavy timber pallets.
“This is a revolution in the airfreight sector“, said Andreas Langemann from Trilatec, inventor and manufacturer of the novel transport system, adding that "initial experiences" with airlines have shown that 1,200 tons can be saved annually.
Trilatec said that its squAIR-timber system is "up to 80% lighter compared with conventional pallets", adding that disposal of the new material can be carried out in "an environmentally friendly way, using a paper recycling facility".
Langemann added: “The system has a twofold advantage: On the one hand squAIR-timber provides a tremendous advantage in costs and weight for the airlines. On the other hand handling agencies are benefitting from the time saving when assembling the ultramodern transport system."
Ground handlers are saving 15 minutes per ULD when assembling the build-up, said Trilatec in a statement, adding: "SquAIR-timber is setting new standards regarding performance. One metre of the novel material carries up to five tons if weight is evenly distributed, and with a net weight of only 1.2 kg/m. Timber of the same dimensions has a net weight between 3-4 kg/m."
Stefan Trinkaus, technical director at Trilatec, said: “The key to the stability lies in the manufacturing process. After working in cold glue combinations into several layers of the cardboard fibres these are laminated together under pressure. This process enables water resistance of the product, thus it is suitable for multiple use and at the same time ISPM15-compliant.“
Merzig, Saarland-based Trilatec started production and worldwide distribution in March this year. The production site in Ginsheim-Gustavsburg was chosen for its proximity to Frankfurt Airport.
“Choosing this site was a conscious decision as Cargo City South is also located here, with hundreds of forwarders, cargo agencies and logistics companies“, added Langemann.