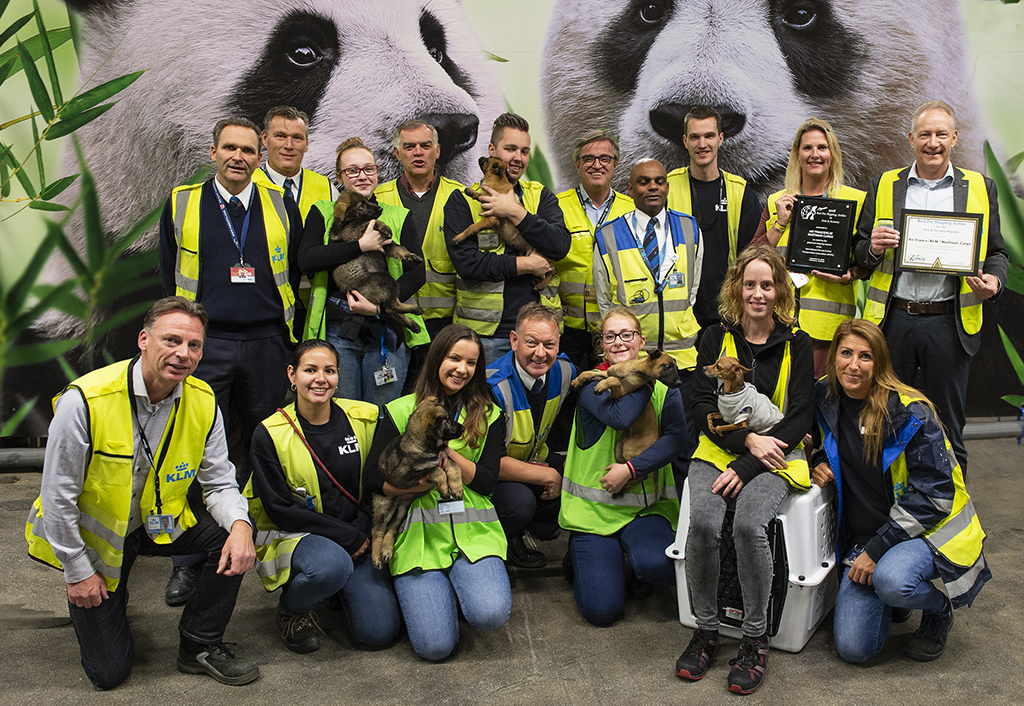 Air France KLM Martinair Cargo (AFKLMP Cargo) emerged as a prize winner at the Annual International Pet and Animal Association (IPATA) conference in Melbourne. AFKLMP Cargo won the most votes in the Best Pet Shipping Airline for Asia & Oceania category.
Gerald Bergkamp, director specialties at AFKLMP Cargo, said: “We are honoured to have won this award. Such a clear sign of appreciation for being specialists in pet shipping is indeed a great compliment for all the work we do on a daily basis”.
The worldwide IPATA represents companies specialised in the care and welfare of (domestic) animals during transportation.
The Best Pet Shipping Airline award – subdivided into different regions including America, Europe, Asia & Oceania and the Middle East & Africa – was issued for the first time this year.
IPATA members were invited to vote based on the following considerations: communication, reliability, price, and care during transfer, and compliance with IATA regulations.