Tough start to the year for American air cargo divisions 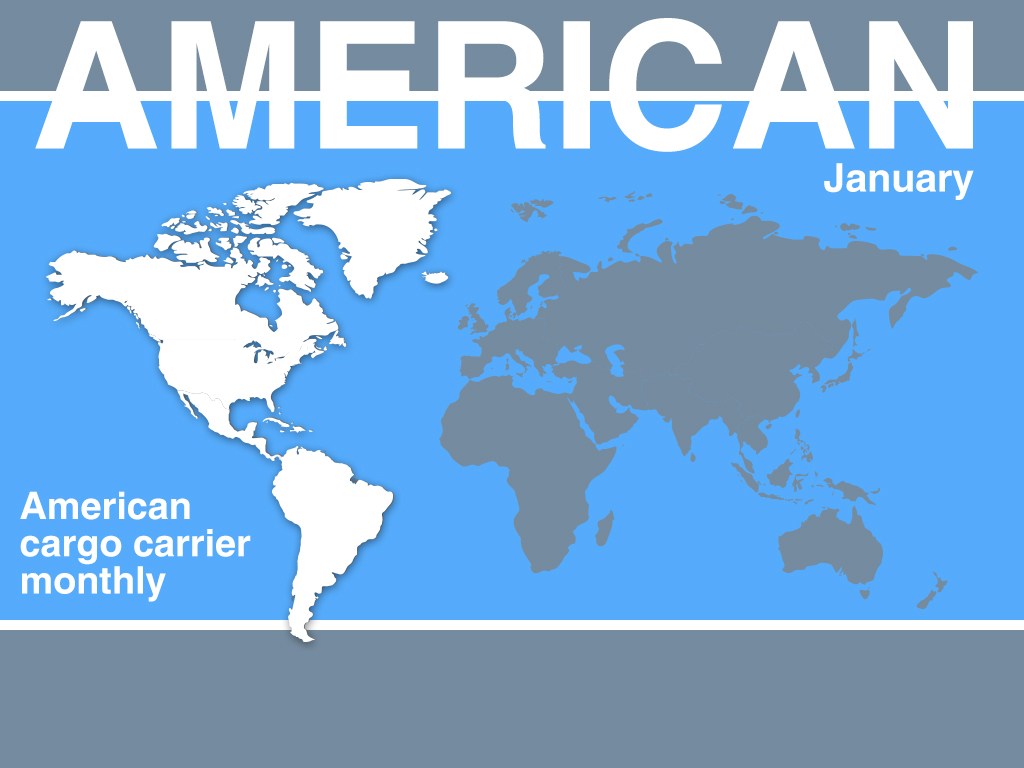 American airlines’ cargo divisions endured a tough start to the year as American, Delta and LATAM all recorded demand declines, while United’s volumes were flat on a year earlier.
While there were declines at three of the four airlines, last year’s figures at the US airlines would have received a boost from the US west coast port strikes, which saw seafreight transferred to air cargo to avoid delays.

Data source: companies. Graphic source: Air Cargo News. Notes: monthly figures rounded up/down
The largest decline registered by the four airlines for January (see below) came from the LATAM Group, which saw demand drop by 12.1% year on year to 288m revenue tonne km.
The airline group said the decline was down to the continuing struggles of South America economies.
“Cargo traffic continues to be weak during the month of January, especially in Brazil domestic and international markets,” it said.
“We continue to adjust cargo capacity through a reduced freighter operation, which resulted in a decline of 5.7% of cargo available tonne kms in January.”
The airline has now recorded a year-on-year cargo demand decline in every month since October 2014.
But this issue is not confined to just the LATAM Group, as airlines in the region continue to struggle.
The reduction in capacity did help stem cargo load factor declines at the airline, but load factors were still down to 49.9% from 52.7% a year earlier.
Delta also had a tough start to the month as cargo demand declined by 8.9% year on year to 157m cargo ton miles (CTM).
Delta told Air Cargo News that volume declined in 2015 as it "worked to right-size our passenger capacity on certain routes to build an airline that can be profitable in both good times and bad".
The airline will be taking delivery of widebody aircraft next year and is likely to be preparing for that by adjusting capacity now.
Also, Delta only recorded a monthly demand increase twice last year – in January and February – suggesting that year-on-year comparisons are skewed somewhat by last year’s west coast seaport strikes.

The changing date of the Chinese New Year can also affect comparisions.

Still, it is the 11 month in a row that demand has fallen on a year earlier at the airline and for the whole of 2015 it registered a 7.1% drop.

American Airlines, which has also been going through a difficult period in terms of cargo demand, recorded a 2.9% decline in January to 166m CTM.

It is the fourth month in a row the airline has recorded a demand decline and last year it registered a 0.7% fall.

United once again bucked the demand decline trend as it registered a 0.2% increase in cargo traffic to 201m CTM.

It has now not recorded a cargo demand decline each month since December 2013 and the increase follows on from the 5.2% jump it recorded for 2015 as a whole.