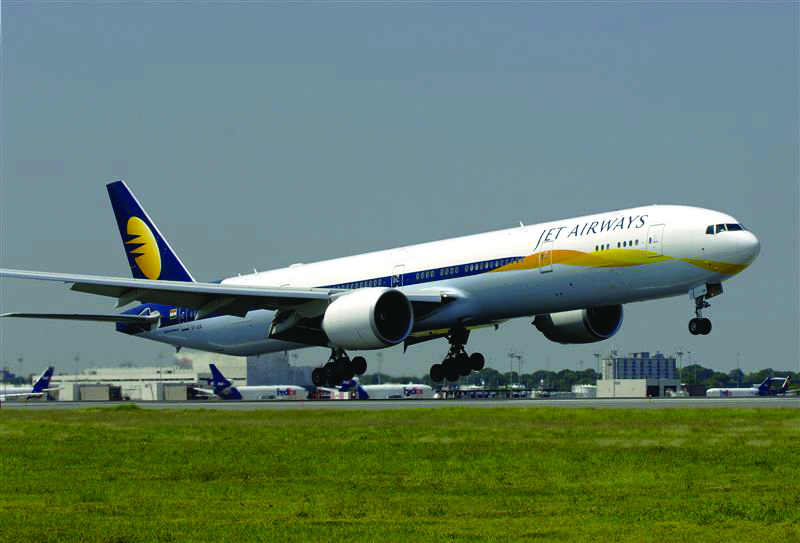 The aircraft had been due to depart Schiphol at 11:25am this morning on its way to Mumbai, but the flight had yet to take-off (at the time of publication, 15:30 CEST) because of the aircraft seizure.

In a statement, WFS said: “A Jet Airways passenger aircraft was seized at Amsterdam Schiphol Airport today following a court order issued by Haarlem Court in favour of Worldwide Flight Services in relation to the outstanding payment of handling fees.

“We regret having to take this course of action and apologise for any inconvenience to the airline’s customers. We hope Jet Airways will be able to resolve this matter as quickly as possible.”

Jet Airways issued the following statement: “Jet Airways’ flight 9W 231 AMS BOM of  April 10 2019, has been delayed due to operational reasons. Guests have been informed of the same and have been taken care of and served with refreshments during their wait.

Shortly after news of the seizure broke, Indian Oil Corp is reported to have halted fuel supplies to the airline for the second time.

The Reuters report said the airline has debts of more than $1.2bn and owes money to “banks, aircraft lessors, suppliers, pilots”, amongst others. However, the report said that other fuel firms are still supplying the airline.

On Monday, State Bank of India led a group of lenders invited bids for a stake of as much as 75% in the airline.