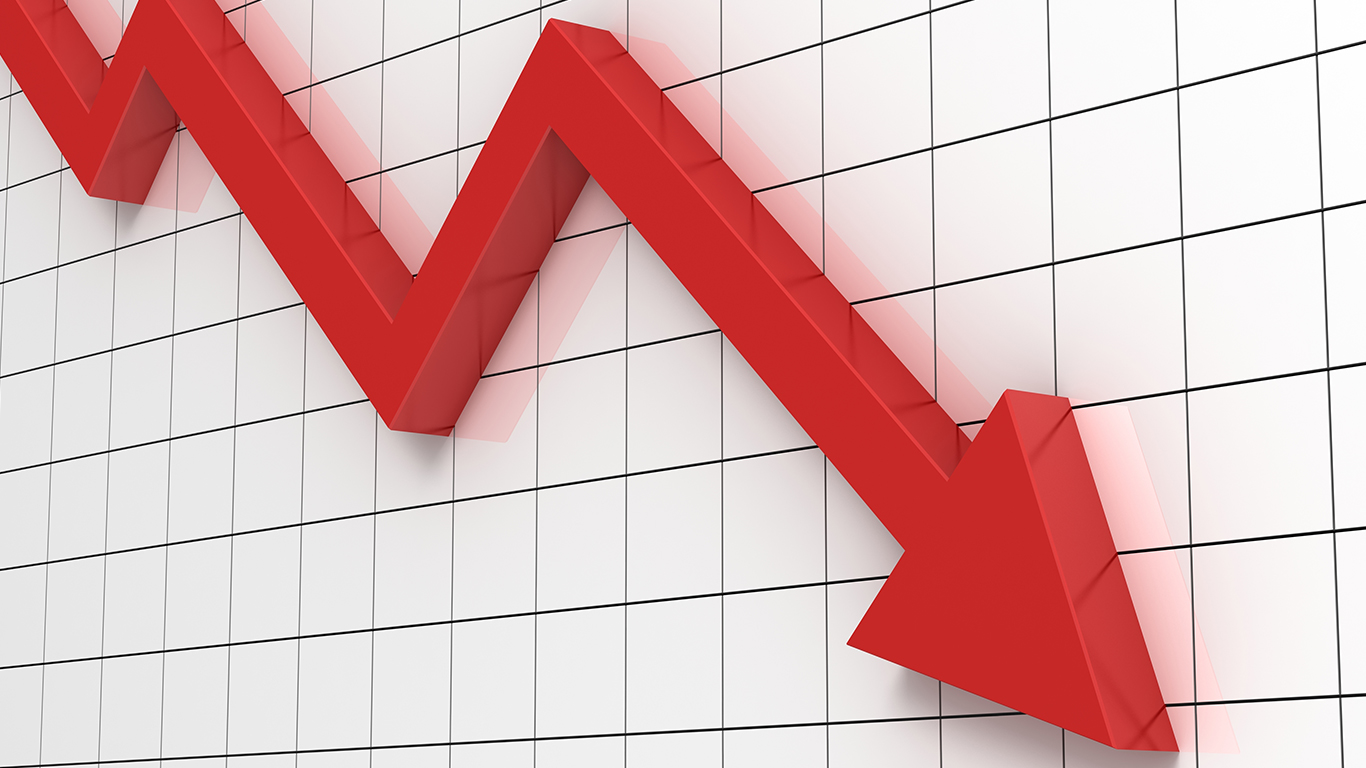 IATA has lowered its forecast for air cargo for the second time this year, with the association now expecting demand to be flat this year.

At its AGM, the airline association said that after an exceptional performance in 2017, featuring 9.7% growth in demand for freight capacity, cargo demand growth slowed to 3.4% in 2018 and is anticipated to be flat in 2019, with cargo volumes of 63.1m tonnes expected to be carried (compared to 63.3m tonnes in 2018) because of the impact of higher tariffs on trade.

Back in December, IATA had initally forcast that the industry would grow by 3.7% in 2019. However, in March this year, this expectation was lowered to 2% as the US-China tariff dispute took more of a toll on performance than expected.

The most recent traffic figures just released by IATA back up its latest forecast. Demand, as measured in FTK, fell by 4.7% in April compared to the same month of last year. This continued the negative trend in year-on-year demand that began in January.

Freight capacity, as measured in available freight tonne kilometres (AFTK), grew by 2.6% year-on-year in April. Capacity growth had outpaced that of demand over the previous 12 months.

IATA noted of these latest figures that air cargo volumes have been volatile in 2019, due to the timing of Chinese New Year and Easter, but the trend is clearly downwards, with volumes around 3% below the August 2018 peak.

Elsewhere at the AGM, IATA warned that trade tensions between US and China are hitting global air cargo business, contributing to a fall in airline profits.

It has downgraded its 2019 profit forecast for the global air transport industry to $28bn from the $35.5bn that it forecast back in December 2018. It has also re-forecast a decline on 2018 net post-tax profits, which IATA has re-estimated will total $30bn.

Cargo yields are also expected to be flat in 2019, after a 12.3% improvement in 2018, as load factors fall further, and supply-demand conditions weaken.

With regards to airlines’ financial performance this year, IATA said the business environment has deteriorated with rising fuel prices and a substantial weakening of world trade, while overall costs are expected to grow by 7.4%, outpacing a 6.5% rise in revenues in 2019.

IATA director general and chief executive Alexandre de Juniac observed that while 2019 would be the tenth consecutive year in the black for the airline industry, “margins are being squeezed by rising costs right across the board – including labour, fuel, and infrastructure.

“Stiff competition among airlines keeps yields from rising. Weakening of global trade is likely to continue as the US-China trade war intensifies.”

Also in late May, the March/April Airlines Financial Monitor from IATA noted “a further fall in aggregate profits for the airline industry” for the first quarter of 2019, in comparison with the same three months of last year.

Overall, IATA said the EBIT margin in its sample of 20 airlines had fallen to 3.6% from 4.1% a year ago during the quarter.

Looking back over the quarter in terms of airfreight demand, IATA said: “Growth in industry-wide freight tonne kilometres (FTKs) bounced back to a positive territory in March; freight volumes were 0.1% higher than their level a year ago, compared with the annual fall of 4.9% recorded in February.”

The trade association then pointed out: “This primarily impacts the cargo business, but passenger traffic could also be impacted as tensions rise. Airlines will still turn a profit this year, but there is no easy money to be made.”

Not all bad news

Considering the latest forecast for reduced airline profits this year just announced, de Juniac said that it is not all bad doom and gloom. “The good news is that airlines have broken the boom-and-bust cycle,” he remarked.

“A downturn in the trading environment no longer plunges the industry into a deep crisis. But under current circumstances, the great achievement of the industry – creating value for investors with normal levels of profitability is at risk.

“Airlines will still create value for investors in 2019 with above cost-of-capital returns, but only just,” said de Juniac.

“Aviation needs borders that are open to people and to trade. Nobody wins from trade wars, protectionist policies or isolationist agendas. But everybody benefits from growing connectivity. A more inclusive globalisation must be the way forward,” de Juniac declared.

The latest IATA forecast suggests that North American carriers will deliver the strongest financial performance, with a $15bn post tax profit this year (up from $14.5bn in 2018).

The limited downside in this region has been underpinned by consolidation, helping to sustain load factors (passenger and cargo) above 65%.

European airlines will deliver a net profit of $8.1bn (down from $9.4bn in 2018). But breakeven load factors are the highest at 70.2%, caused by low yields due to the highly competitive open aviation area, high regulatory costs and inefficient infrastructure.

Asia Pacific airlines which account for about 40% of global air cargo traffic, are most exposed to weakness in world trade, and that, combined with higher fuel costs, is squeezing the regions’ profits.

Middle Eastern airlines will deliver a combined net loss of $1.1bn (slightly worse than the $1bn loss in 2018). The region has faced substantial challenges, and its airlines are going through a process of adjustment.

Performance is now improving but the worsening in the business environment is expected to prolong losses in 2019.

Latin American airlines will deliver a net profit of $0.2bn, a moderate improvement from the $0.5bn loss suffered in 2018, as the recovery of the Brazilian economy is offsetting higher oil prices.

African airlines will deliver a $0.1bn loss (unchanged from 2018), continuing a weak trend into its fourth year. Break-even load factors are relatively low, as yields are a little higher than average and costs are lower but few airlines are able to achieve adequate load factors, which averaged the lowest globally at 60.7% in 2018.