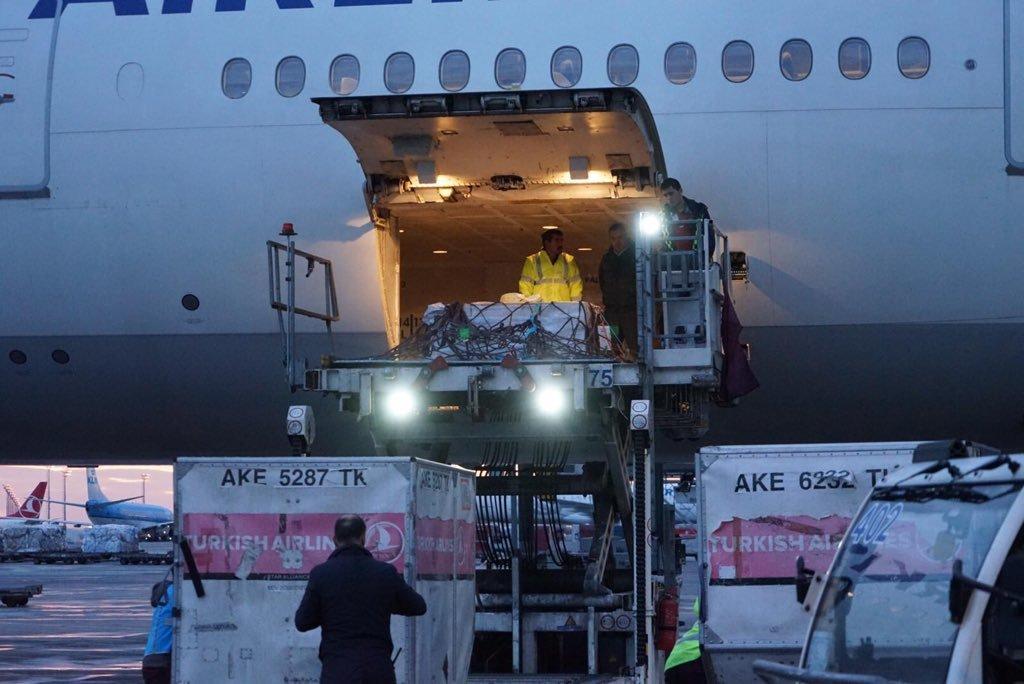 Mosaics dating from the second century BC are so precious that Turkish Airlines banned all other cargo on the aircraft when it transported them from Chicago to Istanbul on 27 November.
The missing pieces of the Gypsy Girl Mosaic were retrieved from a museum in Ohio in the US after six years of intensive pressure by Turkey’s Mınistry of Culture and Tourism and will now be displayed in the Zeugma Mosaic Museum, the second largest mosaic museum in the world, in Gaziantep.
The precious cargo, weighing 1.3 tons in total, was handled by Turkish Airlines’ special cargo operations team which wrapped the pieces in specially-designed paper and placed them inside wooden chests for transport on the Boeing 777-300 ER flight.
The missing pieces, smuggled from Gaziantep 47 years ago, include young satir, pan mask, female theatre mask, Indian peacock, Maenad mask and bird with plant branches in its beak, which are considered to be the pieces forming the surrounding of the Gypsy Girl Mosaic.
They are part of the Zeugma Mosaics which have historical importance for all civilizations that lived across Turkey and the Anatolian region.