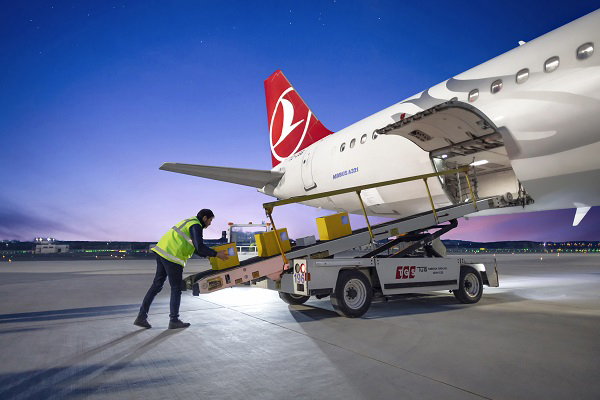 Turkish Cargo has conducted the first domestic and international air cargo shipments from the newly opened Istanbul Airport.
The domestic bellyhold consignment flew on an Airbus an A321 passenger aircraft from Istanbul to Ankara and then on to Northern Cyprus in the Mediterranean.
The first international transport was carried out to Lefkoşa (Nicosia) with a Boeing 737 aircraft.
Turkish Cargo’s freighter aircraft operation will continue at Istanbul’s former hub, Ataturk Airport, until later this year.