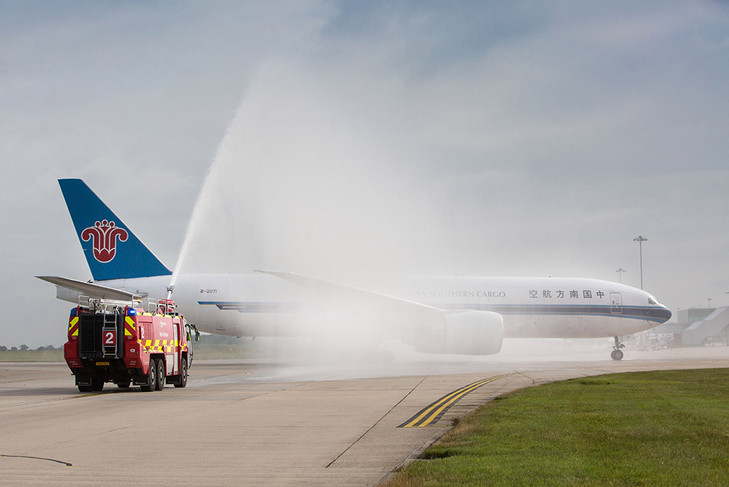 China Southern has added two more freighters to its fleet as it continues to expand routes and frequencies from its Guangzhou hub.
The Chinese airline received the two B777 freighters on June 27 and said they will be put into operation in the early part of this month.
They will operate on its Guangzhou-Los Angeles route, which will increase in frequency to four flights per week, and its Guangzhou-Paris-Vienna service, which will have its frequency increased to three times per week.
The positioning of the new freighters in Guangzhou is a reflection of the airline’s plan to create a two hub operation, along with its traditional home in Shanghai.
“The inauguration of more freighter lanes and flights will further extend the transporting channel between  Guangzhou and abroad,” it said.
“By improving [our] network and providing more convenient transportation, China Southern will give impetus to the Free Trade Zone development in Guangdong.”
In total, it offers 17 flights per week from Guangzhou to Europe and the US, and 14 freighter routes with 37 flights per week from its two hubs.
The two new freighters are the latest in a series of deliveries.
By the end of July, when its delivery programme is complete, it will operate 12 B777Fs and two B747Fs.