Tyler takes over at American Airlines Cargo as part of restructuring 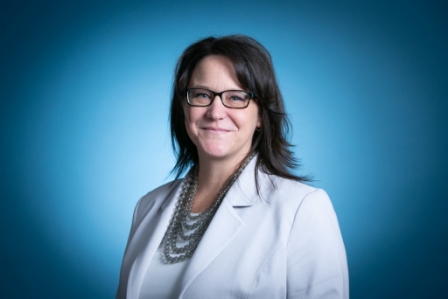 American Airlines has named Jessica Tyler as president of cargo and vice president of airport excellence, taking over from Rick Elieson who has moved on to a new role within the company.

The airline said that Tyler would lead the teams responsible for “the success of the cargo business and delivering operational and customer service excellence for both airports and cargo”.

The new appointment and role are part of American’s recent right-sizing of its management and support staff as the company rebounds from the impact of the coronavirus pandemic.

“As the company navigates the next several years, this new organization will retain separate airport and cargo functions but also benefit from the blending of the talent and expertise of the two teams in multiple areas, including strategy, policy and procedures, training, automation and innovation,” the airline said.

Meanwhile, Elieson has moved within the company to serve as vice president of loyalty, overseeing the AAdvantage loyalty programme.

“Elieson did a wonderful job leading the cargo division for the last few years. He’s earned us the best revenue and performance year in cargo history, and I’m thankful for the way he has navigated cargo through this pandemic thus far,” said Butler.

“Under Elieson’s leadership, Tyler led the largest investment in cargo to-date – a business transformation effort that is just one of several large-scale modernisation and change initiatives she has overseen. Her experience and leadership in developing teams that achieve customer-focused success make her the right leader for the airports and cargo team in this challenging climate.”

In the new organisation, Roger Samways will take on an expanded role as vice president of commercial cargo — reporting to Tyler — and will be responsible for global cargo sales, revenue management and customer care. Lisa Oxentine will report to Samways as managing director of cargo global sales.

David Vance will continue to lead the cargo operation, but in an expanded role that oversees all policies and procedures for the airline and aligns airport and cargo operations. He will serve as vice president of cargo operations and airport support, also reporting to Tyler.

“Our role as leaders right now is to define a path through this incredible global crisis – for our customers and our team members. Thinking creatively, partnering in new ways, and caring for people along the way will help achieve this goal. With challenge comes opportunity, and I’m honored to be part of a team that will keep customers front and center and the world moving forward,” said Tyler.

As American restructures, the promise of industry recovery is already beginning to show. The airline recently announced its schedule for 347 widebody flights per week beginning July 7, seeing a steady rise in domestic demand and passenger load factors.