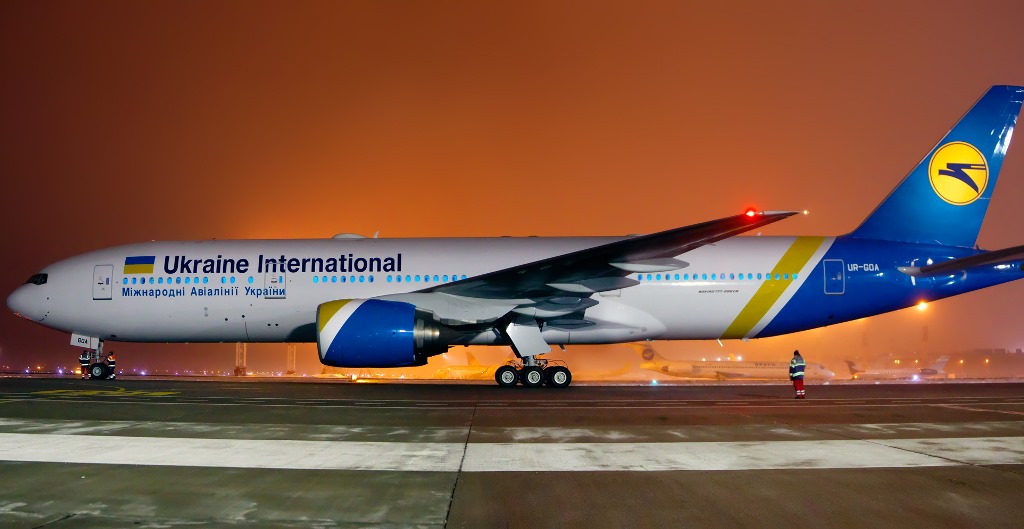 Ukraine International Airlines (UIA) is planning further expansion this year, in terms of both network coverage and service support.
Established in 1992, Kiev Boryspil-hubbed UIA now provides connections to 38 countries across Europe, Asia, America, Africa and the Middle East.
This year, it intends to further expand its aircraft fleet in order to “optimally serve routes to the US, Canada, the Middle East and major Asian destinations”, a statement revealed.
The carrier also intends this year to implement state-of-the-art e-business and digitalisation strategies.
“Currently, we are significantly expanding our capacities: in 2018, we will add four new B777-200ER aircraft to our fleet, which will operate the route to Israel and replace the B767-300 on routes to the US, China, and Thailand,” explains UIA’s director cargo & mail Peter Kukharchuk.
“There will also be new, additional services to India, Egypt, and Canada. And the available space for cargo and mail on our PAX [passenger] services will increase by 39% compared to 2017.”
UIA Cargo has sought to carve a place in the market as a premium air cargo operator. “Looking back at 25 years of Ukraine International Airlines, I am particularly proud of our extraordinary quality standards and proven flexibility in adapting to new market requirements,” Kukharchuk continued.
And that quality of service is perhaps encouraging UIA to prepare for a digital future. The carrier said in a statement: “UIA’s agenda for the next few years not only comprises the ongoing synchronisation of business processes and partnerships within the airline’s extended supplier network, but also new e-commerce concepts to provide an easy and customer-friendly access to its entire range of logistics products.”
UIA’s first service was flown on November 25 1992 with a passenger flight that routed from Kiev to London.
Then, on November 13 1994, UIA also began offering cargo capacity on routes to London and Amsterdam.
Since then, UIA has significantly expanded its route network as well as its aircraft fleet. It currently operates approximately 1,100 international and domestic flights a week.
Read more airline cargo news