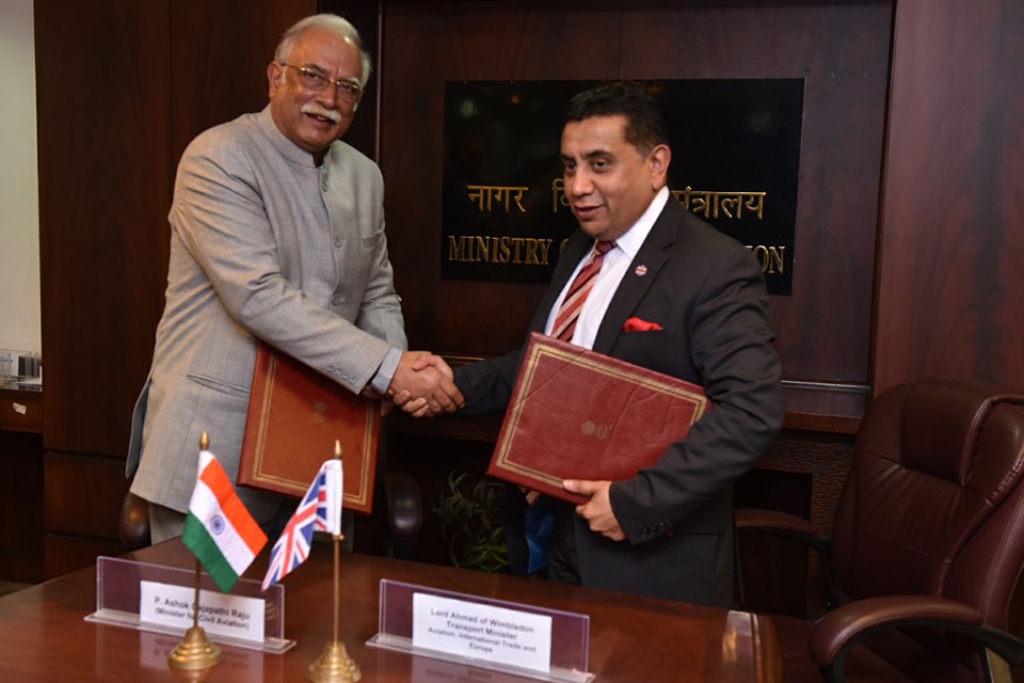 The UK and India have today (February 9) agreed a deal to ease restrictions on the number of scheduled flights between the two countries.
The move came on the back of what are described as “successful talks” in India this week, where UK aviation minister Lord Ahmad has been visiting. India’s cabinet minister of civil aviation, Pusapati Ashok Gajapathi Raju, also signed the agreement.
Limits on flights from key Indian cities including Chennai and Kolkata have been scrapped, the UK’s Department for Transport (DFT) confirmed, allowing for a greater range of flights for passengers while also providing a boost to trade between the two countries.
“Building new links with important trading partners is a key part of the government’s plans for a Global Britain, opening up new export markets and creating jobs and economic growth,” a statement from the DFT confirmed.
“India is a rapidly expanding and important market for aviation and the agreement signed today will allow airlines to develop new services and routes,” the statement added.
According to Ahmad: “India is one of our closest allies and key trading partners and this new agreement will only serve to strengthen this crucial relationship.
“We are unlocking new trade and tourism opportunities which will boost our economies, create new jobs and open up new business links. This is great news for both the UK and India and is yet another sign that we are open for business and ready to build and strengthen our trade links.”
There are 88 scheduled services per week in each direction between the two countries at the moment.