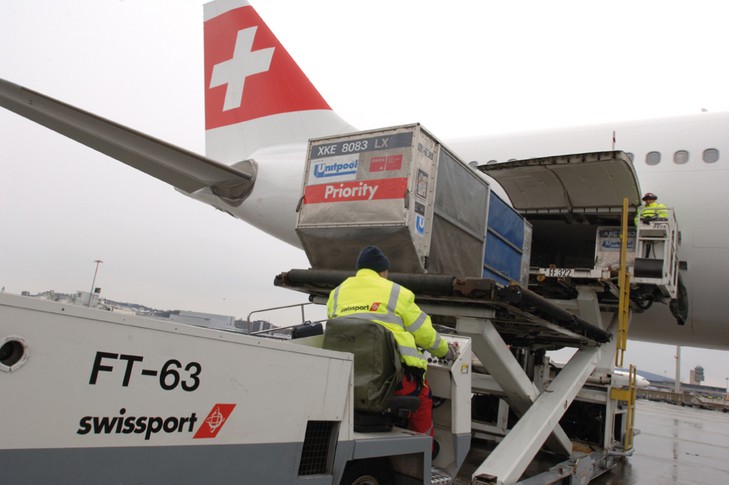 Cargo handlers working for Swissport in the UK have called off their planned strike action after coming to an agreement over pay.
Union Unite, the largest in the UK, announced that it had cancelled the 48-hour strike that was due to begin early Friday morning (December 23) and would have seen more than 1,500 baggage handlers and cargo crew walk out of work at 18 airports after talks with conciliation service Acas resulted in an improved offer.
The offer is recommended by Unite and will be taken back to members to vote on.
Unite general secretary Len McCluskey said: “That the strike is called off is obviously good news for Unite members and very welcome news for passengers.
“No worker likes taking strike action but often the threat of it is the only way to make headway in very frustrating circumstances.
“All along we have said that these workers have a powerful case. They are employed on poverty pay rates – this union says that this is not good enough and so we are determined to win them a better deal.
“That is what these excellent stewards have made headway on today. We now take this offer back to the members for their consideration."
Unite members previously voted by 62.5% to reject a 4.65% three-year pay deal for 2015-2017.
Unite has Swissport members at the following airports: Aberdeen, Belfast, Birmingham, Bristol, Bournemouth, Cardiff, Doncaster, East Midlands, Edinburgh, Gatwick, Glasgow, Heathrow, Leeds/Bradford, Luton, Manchester, Newcastle, Southampton and Stansted.
The cancelled Swissport strike is the latest in a series of disputes that could effect the airfreight industry over the last few months.
Last week, British Airways cabin crew – also members of Untie – announced a strike on Christmas Day and Boxing Day (December 26) over a pay dispute. Talks aimed at resolving the dispute began on Monday.
Meanwhile, in November Lufthansa pilots took part in a series of strikes that are estimated to have cost the company €10m-15m per day.
Last week the German carrier and the pilots’ union Vereinigung Cockpit (VC) agreed to approach a mediator for a collective wage agreement.
Pilots at US lessor ABX also held a strike – over pay and conditions – that lasted for around a day before a judge ordered them back to work.