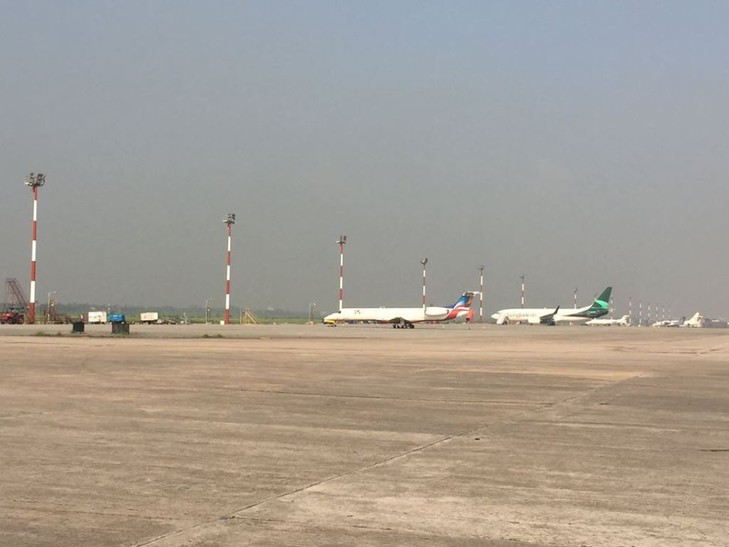 The UK has lifted a ban on airfreight being transported directly from Bangladesh, but there is still work to be done before exports can resume.
Late last week, British high commissioner in Bangladesh Alison Blake and Bangladesh civil aviation and tourism minister AKM Shahjahan Kamal told local reporters that the UK had lifted the ban, which had been in place since March 2016 because of concerns that cargo was not properly being screened.
“I am delighted to confirm that the temporary suspension on direct air cargo between Bangladesh and the UK has been lifted, following significant progress made in meeting a number of important security conditions,” Blake told local reporters.
“We will keep monitoring the security system of Shahjalal International Airport as it is a continued work to keep aviation safe so that our people and the cargo continue to flow."
The UK’s Department for Transport added: "Following ongoing co-operation with the government of Bangladesh on the standards of aviation security at Dhaka International Airport, the Department [for] Transport has removed the interim restrictions suspending the carriage of cargo on direct flights from Dhaka to the UK.
"The UK government will continue to work with the government of Bangladesh to support ongoing improvement in standards for all aspects of aviation security."
It is understood that Bangladesh will need to undergo three joint safety assessments per year.
The move was welcomed by Bangladesh Freight Forwarders Association director Nurul Amin, who is also managing director of Tower Freight Logistics.
However, he pointed out that Biman Bangladesh Airlines, which is the main airline offering direct UK-Bangladesh services, and the export cargo warehouse still need to gain the European Union’s third-country regulated agent certification before it could offer cargo services to the UK.
It is understood that certain areas of the warehouse have been approved and the certificate is in the process of being issued.
The news will no doubt come as a relief to forwarders and exporters that have been subject to pay extra surcharges to have cargo screened in a third country before being transported to the UK. It has also lengthened transport times.
They will also be hopeful the move could lead other countries that have placed a ban on direct exports from Bangladesh to lift their bans.
The country is also the EU’s list of high risk countries, meaning all exports from the country must be screened  by x-ray machines and also using explosive detection systems – either an explosive detection dog unit (EDD) or an explosive detection system (EDS).