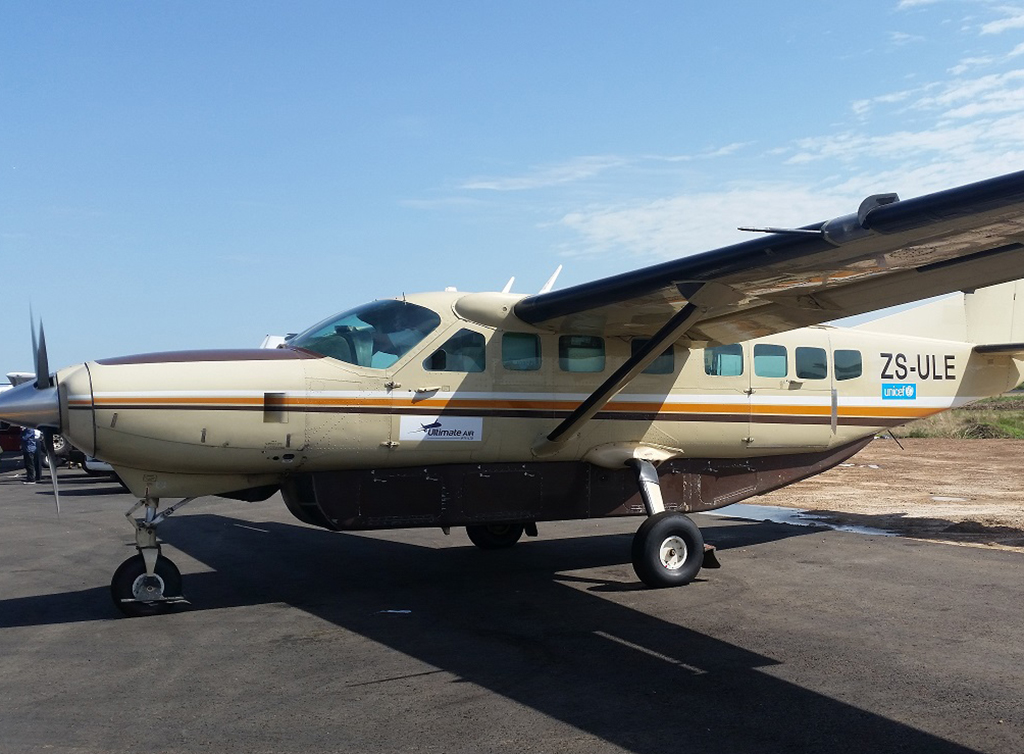 Ultimate Air has performed a series of urgent air evacuation flights from South Sudan against the recent flare-up in troubles in and around the capital Juba.
With all commercial flights in/out of the country being suspended amidst the unrest, Ultimate Air operated over 20 evacuation flights from the country carrying over 150 NGO and corporate staff safely out of the war-torn nation.
Said a spokesman for Ultimate Air: "The airline operated the flights to Entebbe and Nairobi airports using its own South-African registered fleet of Cessna Grand Caravans and a couple of leased Fokker50 aircraft. The operations were particularly fraught due to the airport being closed for two days due to localised fighting.
Ultimate Air has been providing aviation services across Africa for the last five years and has been operating a fleet of aircraft based in Juba serving the UN and Humanitarian air industries since 2012.
Headquartered in Johannesburg, South Africa the organisation holds an Air Operators Certificate for a fleet of Cessna C208 and Beechcraft King Air 200 aircraft as well as operating a Hawker800XP jet.
The company also manages a fleet of cargo Antonov-26 aircraft that are engaged in post-conflict and humanitarian air operations missions in the continent.