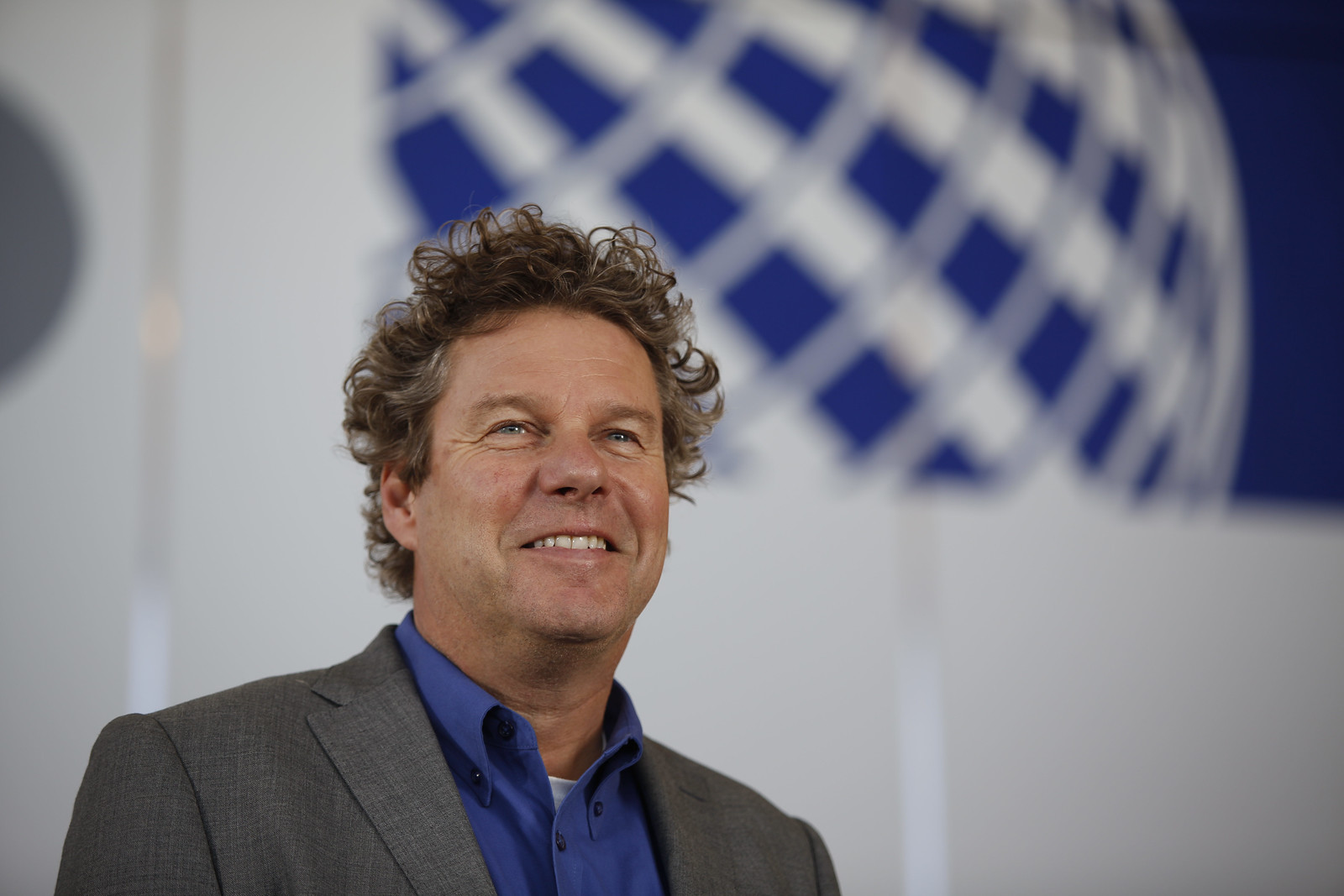 United Cargo president Jan Krems has been through plenty of peaks and troughs in his seven years in the role and 34 years in the air cargo industry in total, having also spent 27 years with KLM.

He therefore has an understandably cautious outlook for the medium term future of the sector, telling Air Cargo News that the Chicago-hubbed airline had decided against entering the full-freighter market despite the current demand for all-cargo operations.

“To own freighters is very risky,” Krems says. “I came from a company where we had 28 freighters at a certain stage – that was in 2008 when the world fell apart and then you don’t want to have your own capacity.

“Yes, it would be nice to have access to capacity but be careful that you don’t go too far.

“So, we looked at freighter capacity but not too much.”

Krems adds that as recently as late 2019 there were several freighter airlines on the brink of collapse because the market had taken a turn for the worse.

He says that while access to capacity is important at the moment, keeping customers – or friends as he refers to them – close is more important.

The approach certainly seems to have worked as United has over the last seven years grown to become the largest US combination carrier in terms of cargo leapfrogging both American and Delta.

“[The market] can change very quickly so it’s important to be careful how you do things with capacity – you can’t go too far,” Krems says.

“Yes, I can fill flights at the moment, but everybody can fill flights now. It is important to fill flights when it is needed and when the market is not constrained. That is why we work closely with friends – and they really became friends – who will help us in the bad times while we help them in the good times.”

Krems says another reason for United’s growth in cargo over the last few years – as well as network reach and quality of service – is having a team with a “cargo heart” that are in the industry for the long term.

Krems explains that this approach has helped United form the closer customer relationships.

Having international teams based around the world with autonomy to quickly make decisions has also contributed to United Cargo’s success, he says.

On the current market, Krems says it is peak season every day and adds that air cargo rates as a whole are “changing constantly”, particularly out of Asia.

“It is very tough. The peak will also last into next year,” he says. “Although January and February will be a little less than maybe the last few months.”

He points out that as well as growing for traditional air cargo customers, containerships are continuing to queue outside US ports, pushing ocean cargo onto aircraft.

Looking a little further ahead, Krems, like many, is expecting cargo capacity to remain tight over the next few years as passenger operations slowly come back to life.

Looking back on the last 18 months, Krems says the airline quickly pivoted to cargo-only flights drawing on the team’s previous experience with freighter operations.

In total, the airline has operated more than 13,500 cargo-only flights with five aircraft still available for these flights, although United stopped short of removing seats from the maindeck to boost capacity.

He says that at the start of the outbreak: “We came together as a team, not only as a cargo team but with several other departments like network planning, airport operations, and flight ops.

“The storyline was that we could only operate [cargo-only flights] if we are cash positive so we had to build the calculations and then we started.

“But since then I think we did more than 13,500 cargo-only flights. They are very profitable and very cash positive.”

United Cargo has also been making investments over the last couple of years.

In August, United Cargo launched a new customer facing website as it continues its digital development.

The new website is the first of several steps in United Cargo’s “digital transformation”, with more features and expanded functionality coming later this year.

Krems says that United Cargo is careful about its digital investments, not wanting to take on too much at one time.

“We have to realistic; how we can we grow, where we can grow and what we can grow. To do too many things at once will not work and will hamper us at a certain stage.”

He explains that the cargo division will initially look at developing and enhancing modules rather than replacing the core of the system, although this could happen in the future.

Sustainability is another hot topic at the moment and Krems says United as an airline is taking the matter seriously.

CEVA, DHL and DSV are some of the big name forwarders to have signed up to the programme.