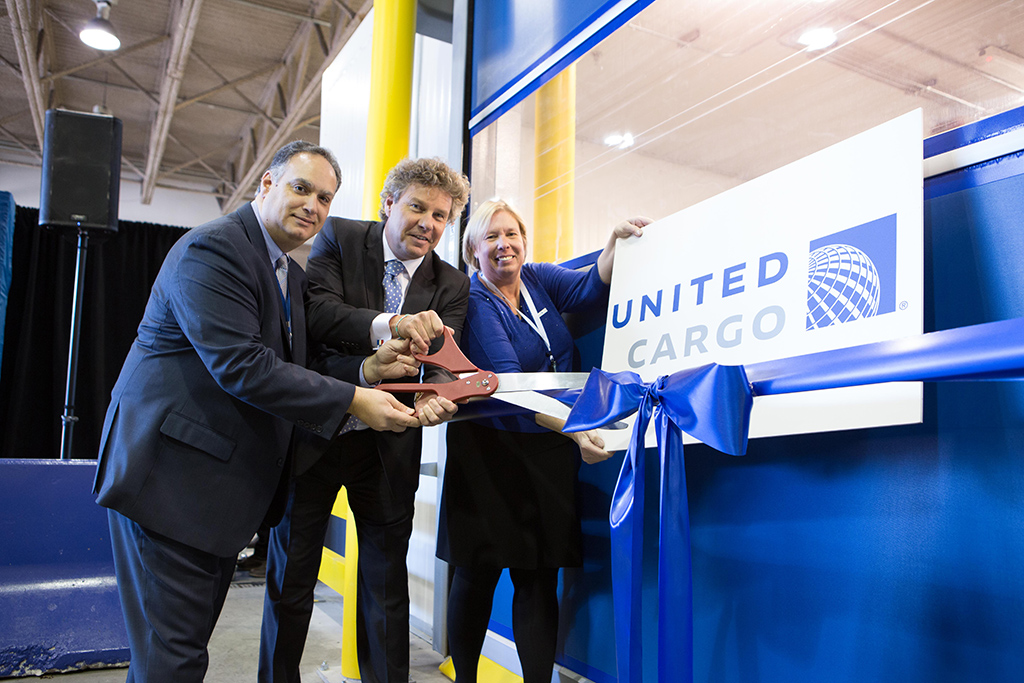 United Cargo has opened a TempControl centre at its Newark Liberty International Airport (EWR) hub.
It will serve TempControl, the US carrier’s product for commodities requiring temperature-controlled transport.
The new facility includes the features and innovations “most requested” by United’s TempControl customers, including +15C to +25C controlled room temperature, the capacity to simultaneously house 48 RKN units (compressor-driven refrigeration ULDs) as well as electrical connectivity for all units.
Jan Krems, United Cargo president, and Jose Rosado, United’s senior manager of cargo operations in Newark, spoke at a ribbon-cutting ceremony.
Said Jan Krems: “This new centre represents two things: United Cargo’s commitment to providing the best service possible to TempControl customers at our Newark hub and our commitment to remain a worldwide leader in the transport of pharmaceuticals and other temperature-controlled commodities.
“We believe we have the best people in the cargo industry, so we’re proud to provide our team with the tools they need to deliver excellent service to our customers.”
Rosado said that United Cargo has several advantages at its Newark hub, including an “extensive widebody network” and experienced cargo sales and operations teams.
He added: “But the cool chain business is extremely competitive in New York, and that’s one of the main reasons we built this new centre.”
Added Krems: “This is just the beginning of the enhancements we have planned for TempControl. Our vision is to use this Newark facility as a blueprint for similar TempControl Centres in other United hubs – such as Chicago O’Hare and San Francisco.”
Krems also used the occasion to announce Vienna as the latest city to join the worldwide TempControl network. The addition brings the total of TempControl-certified cities worldwide to 56.