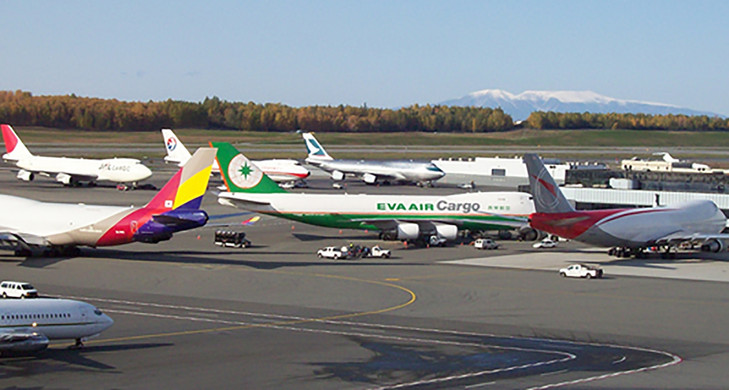 UPS has hit out at proposals to triple the jet fuel tax in Alaska − home to the world’s fifth busiest cargo airport − a move that the integrator says could impact the state’s role in the cargo industry.
In a letter to Alaska Transportation Committee Co-Chair Adam Wool, UPS vice president of public affairs Nick D’Andrea said that an increase in the jet fuel tax would effectively tax UPS twice as it already pays landing fees.
The proposed tax increase, which will come in over two stages, also covers gasoline and marine diesel and is part of state efforts to help reduce its budget deficit of $2.7bn.
Money raised by each sector through the fuel tax would be ring-fenced for investment in infrastructure used by that particular sector.
The Alaska Air Carriers Association said the tax would only cover domestic US and intra-Alaska flights – an exemption for flights from a foreign destination or foreign-origin flights heading onto other airports in the US would be maintained.
While international flights may not be affected, any airlines using Anchorage as a cargo hub – rather than an international technical stop ­– would still be affected when they move shipments domestically to and from Anchorage.
In the letter, D’Andrea said: “UPS already pays more than $7m dollars annually in aviation user fees in the form of landing fees incurred at Ted Stevens International Airport.
“These fees go directly into the aviation infrastructure where we operate (Anchorage).
“The current fuel tax generated is paying for smaller airports, which UPS doesn’t utilize, and which do not charge landing fees to sustain their airport.
“The proposal to triple the jet fuel tax is asking UPS and other carriers to subsidize airports we do not use.
“We also believe increasing the jet fuel tax could impact Alaska’s role in the cargo industry. Currently, it is situated perfectly as UPS’s gateway to and from Asia.
“We have a good relationship with the airport, and Alaska has always had a fair cost of doing business.
“As aircraft continue to evolve, flying longer ranges with better payload capacity, it is safe to assume those in the cargo industry will continue to evaluate the most efficient options for each carrier’s network.”
The letter concluded: “We aren’t opposed to paying user fees for infrastructure we use, but subsidizing other airports we don’t use and who do not levy landing fees is not a sustainable way to fund Alaska’s aviation infrastructure.”
UPS was not the only airline to hit out at the proposals, with Delta Air Lines and Alaska Airlines also expressing their disapproval.
“We believe a jet fuel tax increase of the magnitude of the one you are proposing would be detrimental to the airlines serving the area as well as the passengers and cargo customers who depend on that service,” Delta said in a joint letter with UPS.
Alaska Airlines regional vice president, Alaska, Marilyn Romano said in her letter that it would pay a disproportionately high amount, approximately 45% of the total new taxes collected, while airlines doing business in Alaska would pay more for jet fuel than in 35 other states.
The carrier also pointed out that it also operates its own infrastructure in the state, with 11-owned passenger terminals.
“While new revenue may be needed to close the fiscal gap, we respectfully ask that you consider the unintended consequences of a doubling, then tripling of the jet fuel tax,” Romano said.
However, the Aircraft Owners and Pilots Association (AOPA), Alaska Air Carriers Association and Alaska Airmen Association support the measure because of the funding it would bring to regional airports.
Why Alaska?
Last year, Ted Stevens International Airport was the world’s fifth busiest cargo airport, handling 2.6m tonnes of freight and around 1,700 freighter movements per week.
But it may come as a surprise to many that the US state of Alaska is home to the world’s fifth largest cargo airport given it has a population of under 750,000 people and tough weather conditions during the winter.
The reason for its importance to air cargo is that it acts as a stopping off point for flights between Asia and the US.
Cargo airlines and integrators have therefore developed hubs in the Anchorage region to consolidate and sort cargo.
The ability to refuel at the airport is one of the key reasons cargo carriers stop in Anchorage as it allows airlines to maximise payload.
In a recent employee newsletter, Cathay Pacific vice president cargo, Americas, Fred Ruggiero, said: “We could fly our aircraft from North America to Hong Kong non-stop but with the fuel needed we wouldn’t be able to carry the full payload of around 120 tonnes – and load more freight too.”