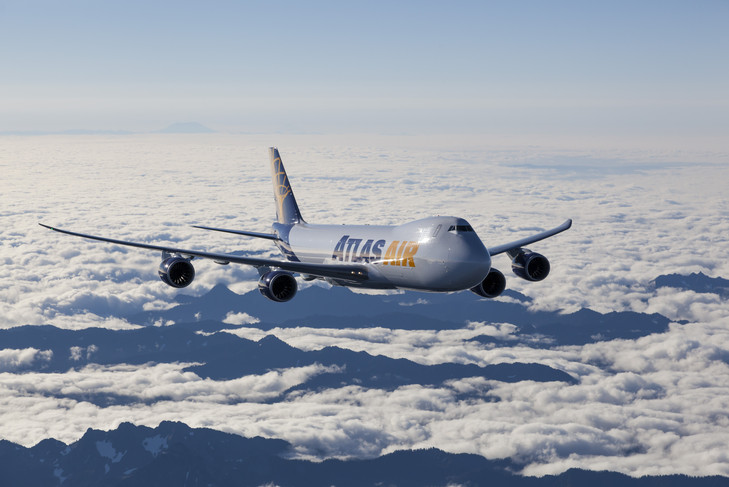 A survey carried out by a pilot union shows that more than 60% of respondents working for Atlas Air Worldwide Holdings (AAWW) and Air Transport Service Group airlines are seeking work at other companies.
The Teamsters Local 122 survey also showed that 80% of respondents strongly disagree when asked if they are satisfied with pay and benefits at their carriers, while 91% of pilots strongly disagree that their pay and benefits meet the industry standards for their peers doing the same job.
Results were collected from more than 1,200 pilots at AAWW’s subsidiaries Atlas Air and Southern Air, and from pilots at ATSG’s subsidiary ABX Air in October and November.
The union said that the pilot dissatisfaction threatened to disrupt operations for customers such as DHL and Amazon because the airlines would struggle with recruitment and retention.
Robert Kirchner, an Atlas pilot and executive council chairman for Atlas Air pilots of Teamsters Local 1224, said: “We are already losing the race with competitors to maintain and attract pilots.
“At Atlas Air, we’re already experiencing delays and operational disruptions and are slow to roll-out Amazon Air planes because we don’t have the pilots.”
“More than half of surveyed ABX Air pilots plan to retire in the next five years, and that should be a huge wake-up call for ATSG executives who’ve been tuned out for too long,” added Rick Ziebarth, an ABX Air pilot and executive council chairman of ABX Air Teamsters Local 1224.
The survey comes as the airlines continue to conduct negotiations with the unions for a new contract.
In August, Southern Air pilots ratified an agreement for interim enhancements to their collective bargaining agreement to increase pay rates for Southern Air pilots to the same wage scales as provided to pilots of sister airline Atlas Air.
However, the unions said the agreement did not go far enough and was “the low-bar agreement in the industry”.
AAWW is hoping to unite its Atlas Air and Southern Air pilots under one contract, following its acquisition of Southern Air and Florida West International Airways. ABX is also in the process of negotiating a new contract with its pilots.
Meanwhile, Atlas and Southern last week entered into entered into a pilot pathway agreement with Ameriflight that guarantees qualified pilots from the cargo airline an interview with the lessors.
Atlas reached a similar agreement with GoJet Airlines in July.