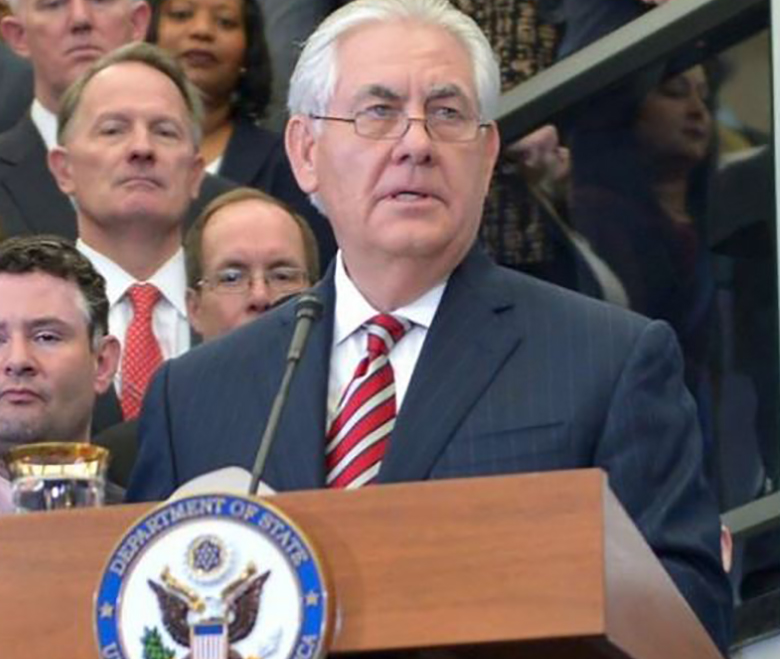 US passenger airline bosses have asked to meet the new US Secretary of State, Rex Tillerson, to discuss allegations that Middle East Gulf states are unfairly subsidising state-owned carriers.
This latest move in a long simmering row has seen the chief executives of American Airlines, United and Delta Air Lines post an invitation to meet Tillerson on the website of US airlines-backed Partnership for Open & Fair Skies (POFS).
“We are writing to bring to your attention an issue of utmost importance to the future of our industry: the massive subsidisation of three state-owned Gulf carriers – Qatar Airways, Etihad Airways and Emirates – and the significant harm this subsidised competition is causing to US airlines and US jobs,” the letter stated.
The letter from the US airlines continued: “The Gulf carriers have received over $50bn in documented subsidies from their government owners since 2004."
All three Middle East carriers hotly contest the allegations, which they say are untrue, and also have the support of a rival US faction, under the US Airlines for Open Skies umbrella, whose members include Atlas Air Worldwide, FedEx Express, JetBlue Airways and Hawaiian Airlines.
American Airlines, United and Delta, frustrated at what they perceive as a lack of action by the administration of former US president Barack Obama, believe that the “America first” position of the new president, Donald Trump, will provide a tailwind to their campaign.
News agency Reuters quoted Etihad Aviation Group chief executive James Hogan, which flies to six cities in the US, as saying earlier this week in Abu Dhabi that  the Gulf carriers will have to wait and see if Trump reopens the Open Skies debate.
"We are not flying into any further points in the US. We are very comfortable with our American network. In regards to how that’s addressed moving forward, we have to wait and see.”
Hogan was speaking after Etihad and German flag carrier Lufthansa announced details of a partnership based initially on in-flight catering and aircraft maintenance, but with the potential to widen into other services.