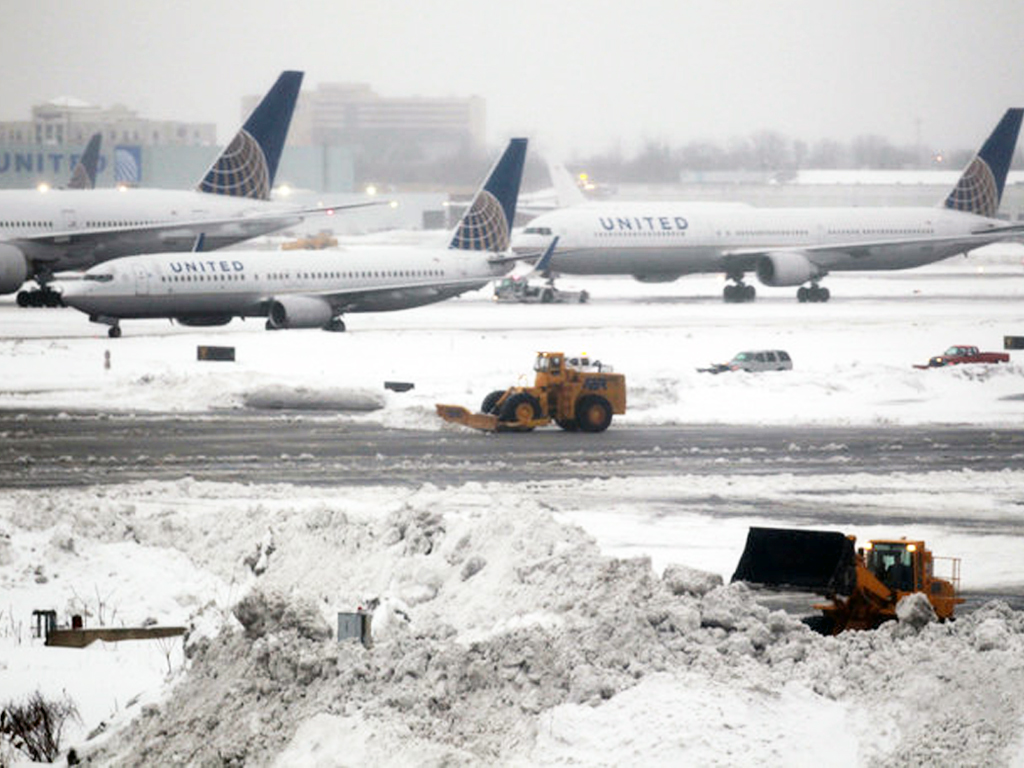 Air services on the US east coast are only just beginning to resume after the recent snowstorm put all major airports out of action, along with most surface transport.
United Airlines, which suspended services as a precautionary measure ahead of some of the worst winter weather of recent years, said it hoped to resume services at Dulles International, Newark Liberty International and other airports on Monday. Limited operations restarted at other New York City area airports on Sunday, the airline said.
While services are expected to gradually resume as runways and roads are cleared, the carrier said it was “planning for extended operational delays and cancellations.”
Other carriers, such as British Airways, also suspended all flights to the region.