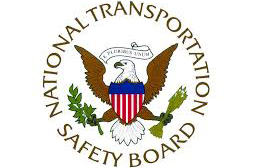 Washington’s two top safety agencies have issued fresh warnings about lithium batteries on board cargo aircraft.
The National Transportation Safety Board (NTSB) in the US issued two safety recommendations to “physically separate lithium batteries from other flammable hazardous materials stowed on cargo aircraft” and to establish “maximum loading density requirements” that restrict the quantities of lithium batteries and flammable hazardous materials.
The NTSB "strongly believes" the circumstances and findings in the Asiana Flight 991 accident show the need for new cargo segregation and loading density requirements.”
The B747 freighter was carrying 400kg of cargo, including lithium batteries. The two crew died in the accident.
The NTSB’s action follows quickly on that of the Federal Aviation Administration (FAA) which issued a safety alert to US and foreign commercial passenger and cargo airlines, “urging them to conduct a safety risk assessment to manage the risks” associated with transporting lithium batteries as cargo.
US aviation regulator FAA also issued guidance to its own inspectors “to help them determine whether the airlines have adequately assessed the risk of handling and carrying lithium batteries as cargo”.
The NTSB said that the safety recommendations, addressed to the Pipeline and Hazardous Materials Safety Administration, are derived from the investigation of the July 28, 2011, in-flight fire and crash of Asiana Airlines Flight 991 in international waters about 80 miles west of Jeju International Airport.
The NTSB participated in the investigation, headed by the Republic of Korea’s Aviation and Railway Accident Investigation Board.
The NTSB added that lithium batteries carried as cargo can be:
• A fire and explosion ignition source.
• A source of fuel to an existing fire.
• Subjected to overheating that can create an explosive condition.
“The National Transportation Safety Board urges the Pipeline and Hazardous Materials Safety Administration (PHMSA) to take action on these safety recommendations to reduce the likelihood and severity of potential cargo fires and to provide additional time for the crew to safely land a cargo aircraft in the event a fire is detected,” said NTSB chairman Christopher Hart.
PHMSA generally cannot issue regulations or enforce requirements for the safe transportation of lithium cells and batteries that are more restrictive than international regulations. But the US Congress has given PHMSA authority to do so if it finds credible evidence of a deficiency in the international regulations that has substantially contributed to the start or spread of an on-board fire.
Lithium batteries are now heavily regulated as airfreight shipments because of the risk from “thermal runaway” when a single overheated unit can propagate heat transfer to the next cell in the box and so cause a fire to spread throughout an entire bulk load of batteries.
A UPS B747 freighter crashed after departing Dubai in September 2010, killing the two crew, and the cause was linked to a consignment of lithium batteries, which have also been associated with two other aircraft accidents.
Following the warnings, the US Air Line Pilots Association (ALPA) urged for more to be done, including full regulation of lithium battery shipments.
"Today’s [FAA] safety alert for operators is a prime example of how the FAA must rely on the airlines to voluntarily comply with safe operating practices with respect to lithium battery shipments.
“ALPA is calling for all shipments of lithium batteries to be fully regulated as outlined in dangerous goods standards and regulations, to require labeling, quantity limits, crew notification, and packaging standards so as to mitigate any risk a fire could pose to passengers, crewmembers, and the aircraft.
“It is important that the Unites States not delegate its responsibility as a sovereign nation to an international body.
"The US should set the example and lead international efforts and immediately implement and enforce regulations that would ensure that lithium batteries can be shipped safely on both passenger and all-cargo aircraft.”