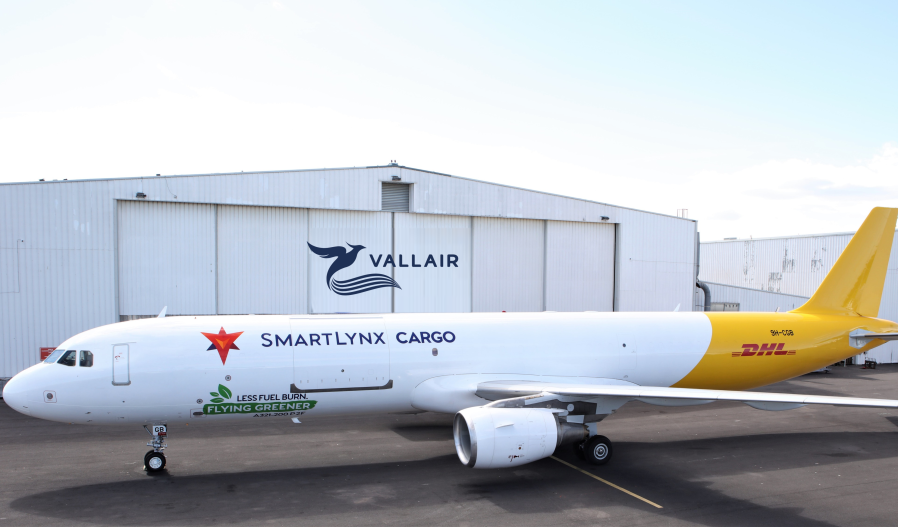 Aviation firm Vallair has delivered its third Airbus A321 freighter, this time to SmartLynx Malta who will operate the aircraft on behalf of DHL.

The aircraft (MSN107) follows two Airbus A321Fs already delivered by Vallair that are presently in operation: MSN835 delivered in October 2020 to Qantas and MSN891 delivered in June 2021 to SmartLynx.

The aircraft is the first ever Airbus A321 cargo conversion aircraft to have been inducted in China.

“Data and feedback from existing operators confirm the A321 freighter variant is better for the environment due to its circa 15% reduction in fuel burn versus its most direct competitor, as well as offering exceptional range, payload, and additional cost benefits compared to other narrowbody competitors,” Vallair said.

Patrick Leopold, head of trading & leasing at Vallair, added: “As the first cargo conversion to take place in China, the delivery of MSN1017 to a European operator is another significant milestone for Vallair.

“Fuel efficiency, reduction of CO2 emissions, availability of feedstock and an aircraft type that is still in production are all key drivers of this programme. Month on month we see the ever-augmenting demands of e-commerce and e-freight and the A321F is the ideal candidate in terms of payload and capacity – the ability to offer containerised cargo on the main and lower deck, thus reducing turn-around-times is also an advantage.”

The company said that it has several freighter projects underway and indications of firm interest for more.

“It is anticipated that cargo specialists will require about 1,500 narrowbody converted aircraft over the next ten years,” the company said.

“Of this total, 1,000 will replace the existing older fleet and 500 will be needed to support increased demand fuelled particularly by booming e-commerce. Over the same period, Vallair believes the industry could see hundreds of A321 freighters taking to the skies.”