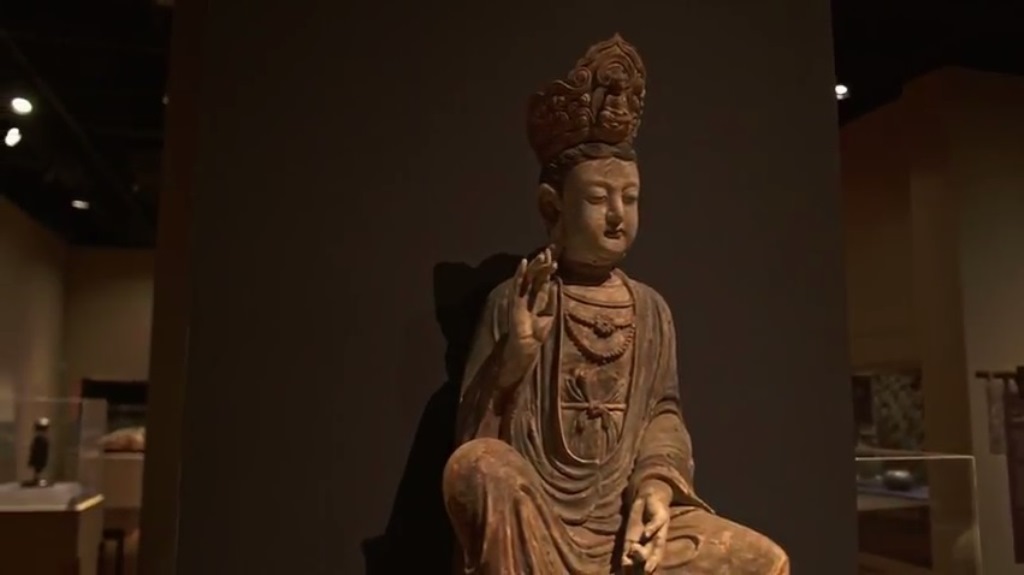 American Airlines Cargo has transported more than six tons of China’s national treasures from Beijing to Los Angeles in order to bring selections from the Summer Palace Museum to the United States for the first time.
In conjunction with the Bowers Museum in Orange County, the airline worked closely with museum curators to bring important selections from the life of Empress Dowager Cixi.

The treasures from the Summer Palace were carefully curated and packaged by Bowers Museum representatives, and American managed the logistical challenge of transporting more than 13,000 pounds of delicate material from Beijing (PEK) to Los Angeles (LAX).
Because the artifacts were shipped before American launched its PEK-LAX widebody route, which began operation on November 5, the 35 crates were trucked to Shanghai (PVG) and loaded onto a 787-800 from PVG to LAX.
Upon landing in LAX, American carefully unloaded the treasured artifacts and took them to the cargo facility before being picked up by the Bowers Museum.
At the Bowers Museum, the exhibit reconstructs the matriarch’s everyday life in the Summer Palace, presenting her multi-faceted roles of politician, matriarch and connoisseur of various arts through four different sections and over 100 objects that have never before been seen in the US.
Read more cargo airline news