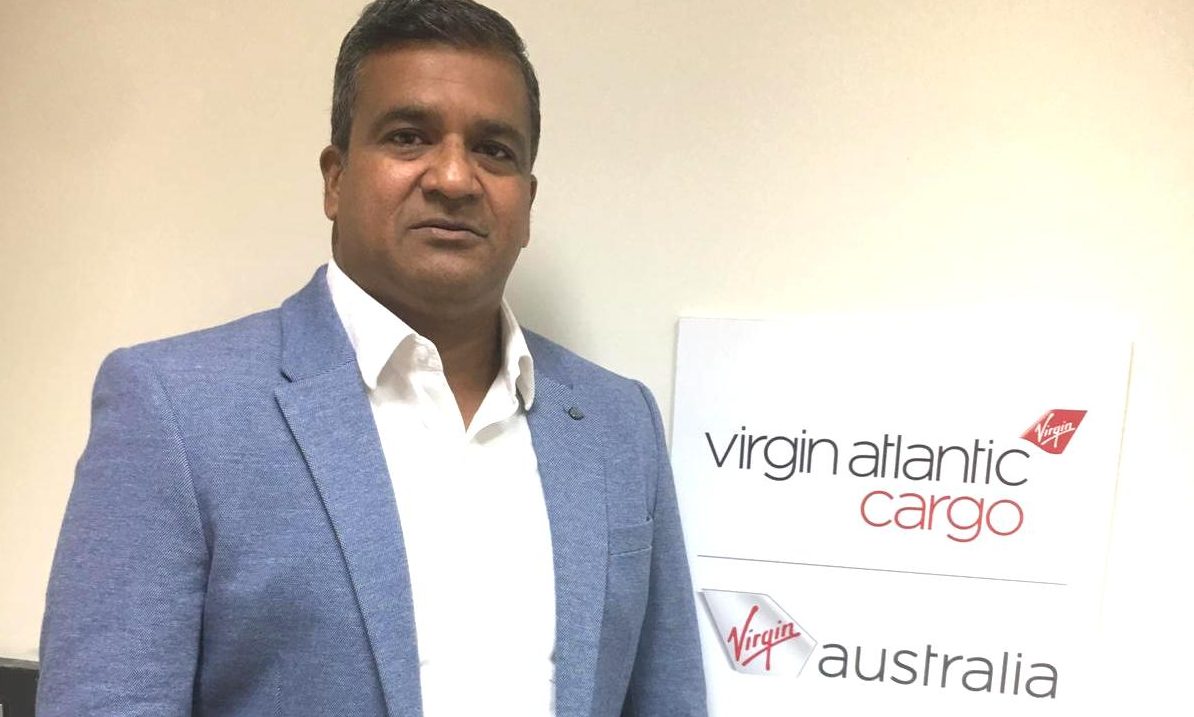 Virgin Atlantic Cargo has appointed Bosco Dsouza as account manager, Melbourne, as the airline looks to build on the strong growth of its Australia cargo business in the past year.

Tonnage rose 51% year-on-year and revenues climbed 58% alongside the expansion of Virgin Australia’s international presence and the opportunity to connect with Virgin Atlantic’s network over both Los Angeles and Hong Kong from Sydney, Melbourne and Brisbane.

Dsouza joins the airline from Worldwide GSA for Qatar Airways Cargo and brings over 20 years’ experience in the cargo industry both locally and internationally.

He has worked for Qatar Airways in India and spent six years in freight sales with FedEx. Earlier in his career Dsouza worked for dnata in Dubai and Saudi Customs.

In 2018, growth in Australia contributed to Virgin Atlantic Cargo’s best overall revenue performance in five years and its highest freight and courier volumes since 2010.