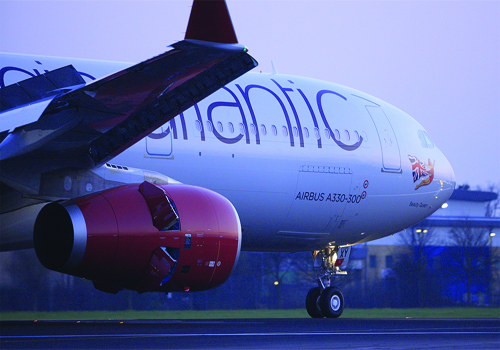 Virgin Atlantic Cargo has added Milan as a destination in its network, effective from September 12.

The carrier’s new twice-weekly service between London Heathrow and Milan Malpensa Airport, using its Airbus A350 and Boeing 787 aircraft, will offer 50 tonnes of capacity per flight.

With Milan being “home to a diverse business community” and “respected as one of the fashion capitals of the world”, cargo carried on the route is expected to include: apparel and footwear, food and wine, and luxury car parts, as well as pharmaceuticals, electronics products and textiles.

Dominic Kennedy, managing director of Virgin Atlantic Cargo, explained: “Since our first cargo-only flight on March 22, we’ve operated over 1,800 of these services, helping our customers deliver nearly 50m kg of cargo and, in the process, provided a valuable source of revenue for Virgin Atlantic as we continue our recovery programme.

“We have chosen Milan as our latest cargo-only route because the profile of business fits so well with our UK and US network, and we’re very much looking forward to being able to grow our working relationships with customers in Italy.”

Cargo capacity on the new Virgin Atlantic service will be marketed by ADP, the airline’s general sales agency in Italy, while Bcube Air Cargo has been awarded the cargo handling contract for export and import shipments.

Carlo Gonzata, managing director of ADP in Italy, added: “Starting twice-weekly frequencies to Malpensa shows Virgin Atlantic Cargo’s support of the Italian market. Malpensa Airport is a prime hub for export and import trade and as Italy continues to rise from the pandemic, it is especially welcome news for customers that they can now access direct capacity to and from the UK with Virgin Atlantic as well as fast connections to major US cities. Both markets provide Italy’s business community with very important trade opportunities.”

Meanwhile, Virgin Atlantic’s recapitalisation efforts have been boosted after creditors voted in favour of its restructuring plan.

In July, the carrier detailed a proposal for a privately-funded solvent recapitalisation under a court-sanctioned process in the UK. The five-year business plan, which is supported by existing shareholders Delta Air Lines and Virgin Group, envisages roughly £1.2 billion ($1.6 billion) in refinancing over the next 18 months.

The carrier has previously warned that without the capital injection as part of the restructuring it would run out of cash by 28 September.

Today, Virgin Atlantic has reached a significant milestone in safeguarding its future, securing the overwhelming support of all four creditor classes, including 99% support from trade creditors who voted in favour of the plan,” the airline says.

That will be followed by a US Chapter 15 procedural hearing on 3 September to recognise Virgin Atlantic’s restructuring plan in the USA. Virgin made the Chapter 15 filing in support of its restructuring in the UK.

“Achieving this milestone puts Virgin Atlantic in a position to rebuild its balance sheet, restore customer confidence and welcome passengers back to the skies as soon as they are ready to travel.”

Shareholders are providing around $600 million in support over the life of the plan, including a £200 million investment from Virgin Group, and £400 million of shareholder deferrals and waivers. Investment firm Davidson Kempner Capital Management is also providing £170 million of secured finance, while creditors are supporting the airline with over £450 million of deferrals.