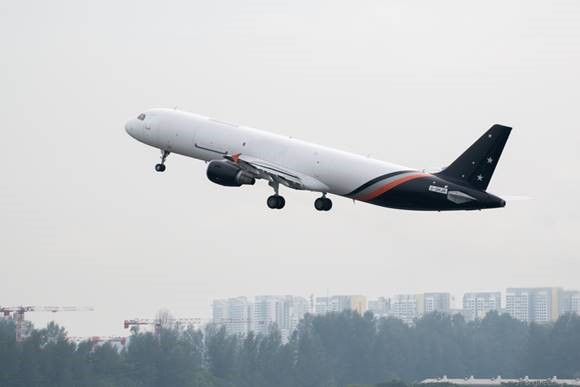 Virgin Atlantic Cargo will lease an A321P2F (passenger to freighter) aircraft from Titan Airways for operations between London and Brussels in what marks a first – albeit temporary – investment into freighter operations.

The airline doesn’t currently have any freighters in its fleet, which includes B787-9 and A350-1000 aircraft.

Phil Wardlaw, managing director of Virgin Atlantic Cargo, told Air Cargo News: “We have an agreement with UK-based charter specialist Titan Airways to lease a single Airbus A321 freighter aircraft to operate cargo-only services between London and Brussels. The operations are due to start towards the end of May 2022 and continue until the end of October 2022. We are also evaluating additional routes to be added to this freighter network.

“This is not a permanent move into operating dedicated freighter aircraft; however, it is a great opportunity for Virgin Atlantic Cargo to continue to transport vital goods from Europe onto its global network that has proven so successful over the last two years.”

In 2020, Titan Airways became the first carrier in the northern hemisphere – and one of the first in the world – to operate the Airbus A321P2F. The aircraft is the first of its size to have containerised loading in both of its two decks. With capacity for up to 14 containers in the main deck and 10 containers in the lower deck, the aircraft can carry up to 27,000 kg of cargo.