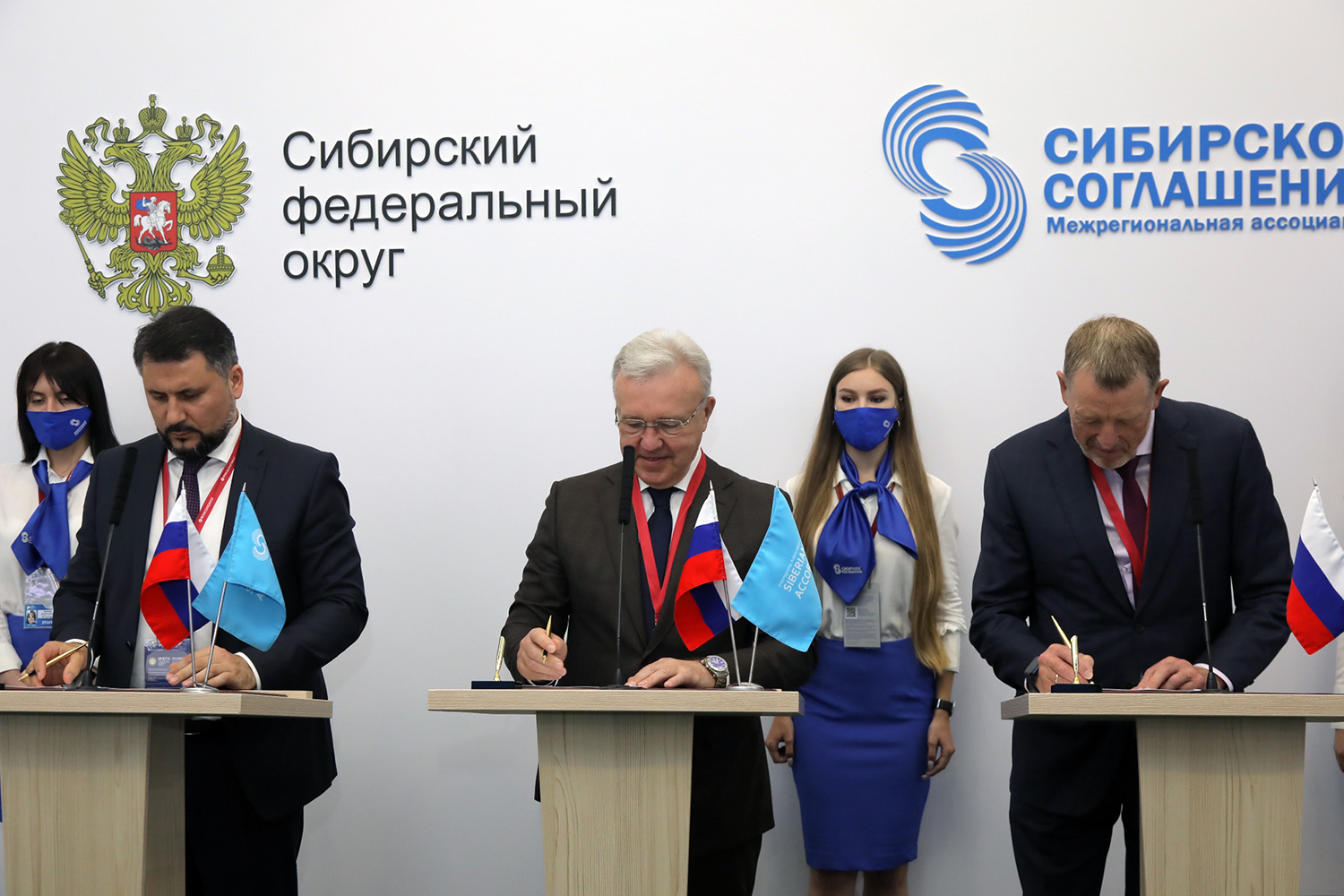 Krasnoyarsk International Airport, Volga-Dnepr Group and the Krasnoyarsk region have signed an agreement that aims to develop the airport into an international logistics hub.

The move follows the airport reporting a five-fold increase in cargo throughput in 2020, as a result of increased demand during the pandemic.

The agreement covers the opening of the international postal centre at Krasnoyarsk Airport, as well as cargo customs faciilities and a mail customs checkpoint for more “seamless” cargo clearance.

The partners hope the airport will act as the main logistics hub for the development of cross-regional and international cargo operations.

It will also facilitate the introduction of new logistics and transport modes.

The companies said the project will bring economic benefit to the region amounting to around 267m roubles ($3.6m).

The official signing of the agreement took place earlier this week at the St. Petersburg International Economic Forum.

“The most significant practical effect our region felt during last year when the pandemic hit. Cargo transportations performed by Volga-Dnepr Group have impacted the finance and economic results of the airport and it was the group that enabled stable operations of Krasnoyarsk air hub.

“Volga-Dnepr has also introduced the sterile or clean airport initiative. Krasnoyarsk is one of a few airports in Russia offering this service which increased the volume of cargo carried to/from the airport.

“Today Krasnoyarsk region with the support of its long-standing aviation partner has made a step towards the creation of an international cargo hub. The cargo centre which is to be based here will make Krasnoyarsk one of the strongest airports in Russia, the economic driver of the region and Siberia.”

Alexey Isaykin, partner and chairman of the board at  Volga-Dnepr Group, added: “We have been operating through Krasnoyarsk for many years. However, 2020 was an exceptional year and it also demonstrated that the airport potential has not been unleashed to a full extent.

“We have had a five-fold increase of cargo carried to/from and through Krasnoyarsk and the airport services coped with all the operations, with a major part of the work being done by liveware not only by hardware and software.

“The airport demonstrated that it could provide high-quality services and keep on increasing the volumes. The major contributing commodities have been PPE, medical products and equipment, as the group has been carrying out an important rescue mission for our customers across Russia and beyond. [We] see further potential for development.”

Andrey Metzler, general director of Krasnoyarsk Airport, said: “The airport’s infrastructure has changed significantly over the last several years. This is the reason it has become the hub airport for Volga-Dnepr Group and Aeroflot Airlines. A lot has been done and this is just the beginning. The airport is capable of increasing its passenger and cargo operations.

“The runway and infrastructure allow us to handle various types of planes with the provision of high-quality services.”