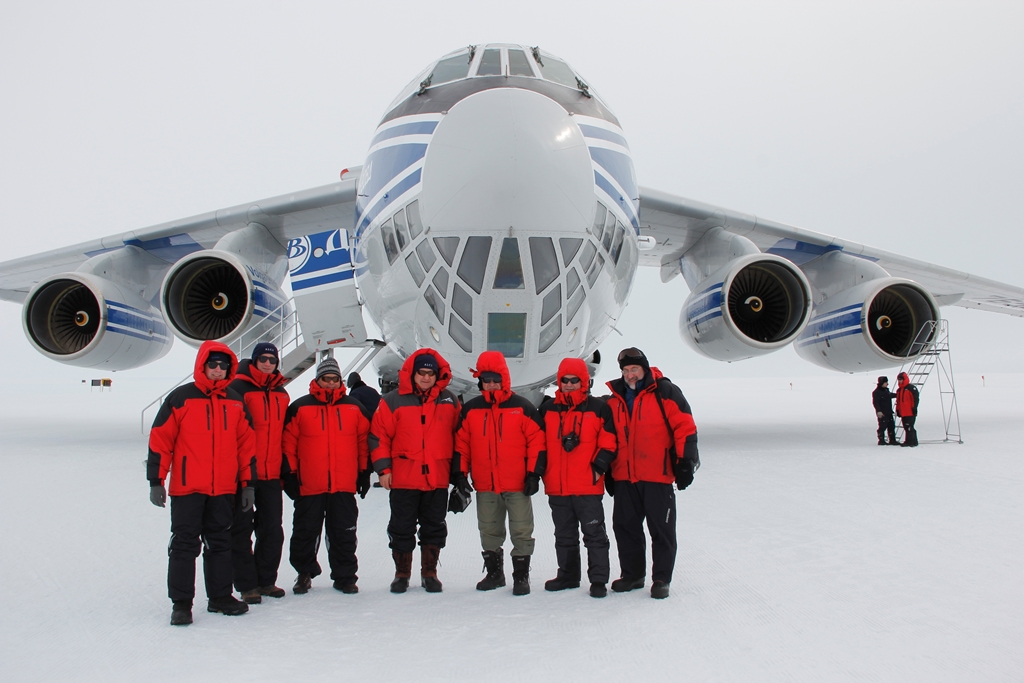 Volga-Dnepr Airlines has completed its first-ever ‘air drop’ by parachuting 208 barrels of fuel from an IL-76TD-90VD freighter onto a remote airfield in the Antarctic.
The delivery will be used for inland scientific missions, vehicles and small airplane operations.
The 34-ton shipment was placed onto 26 special parachute platforms and was dropped from a height of 500 meters through the aircraft’s rear cargo door at a pre-selected site.
Volga-Dnepr Airlines senior specialist for IL-76 fleet modernisation Sergey Kostin said: “This unconventional delivery formed part of the IL-76TD-90VD operational tests we conducted in November, which proved the aircraft’s capability to successfully complete aerial cargo drop missions in virtually any remote regions of the South and North Poles, as well as in mountainous and forest environments.”
Volga-Dnepr has also obtained an addendum to the IL-76TD-90VD airplane flight manual to enable it to operate to ice airfields and transport up to 90 people onboard the aircraft.
The aircraft has been operating in the Antarctic since November 4 when it made its first landing on an ice airfield and performed a series of ‘ice runs’ to check the performance and thrust reverser application procedures.
The airlift-and-drop solution was provided by Volga-Dnepr as part of a new Antarctic project run by the Antarctic Logistics Centre International (ALCI).