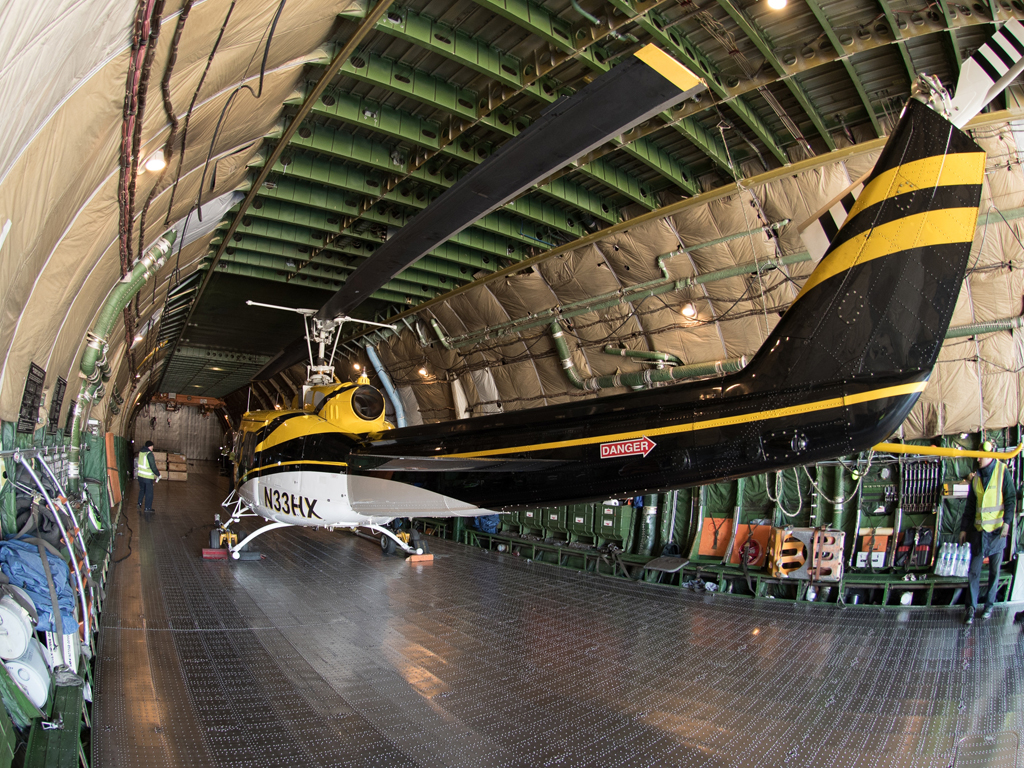 US-based Helicopter Express called upon Volga-Dnepr Airlines’ expertise to move an urgent delivery of helicopters to fight wildfires in the Chilean countryside.
One of the carrier’s An-124-100 freighters touched down at Hartsfield–Jackson Atlanta International Airport less than three hours after the helicopters themselves flew into the airport for 11-hour flight to Santiago. The aircraft was able to transport all three Bell 205 helicopters, a K-MAX 1200 helicopter and a flatbed truck and trailer on one flight.
Volgna-Dnepr’s experience means that it can transport most choppers complete, other than removing the rotor blades, allowing them to get to work almost immediately on arrival.
Volgna-Dnepr’s aerospace key account manager, Peter Baldauf, said: "This was a case of two companies that are experts in their fields of operations joining forces to provide a fast solution to help the Chilean government tackle the wildfires in central and southern Chile. Although we regularly carry helicopters, this was the first time we have had the pleasure of working with the team at Helicopter Express. We expect to be working together again in the future in support of their full range of heavy lifting, disaster relief and helicopter charter services."