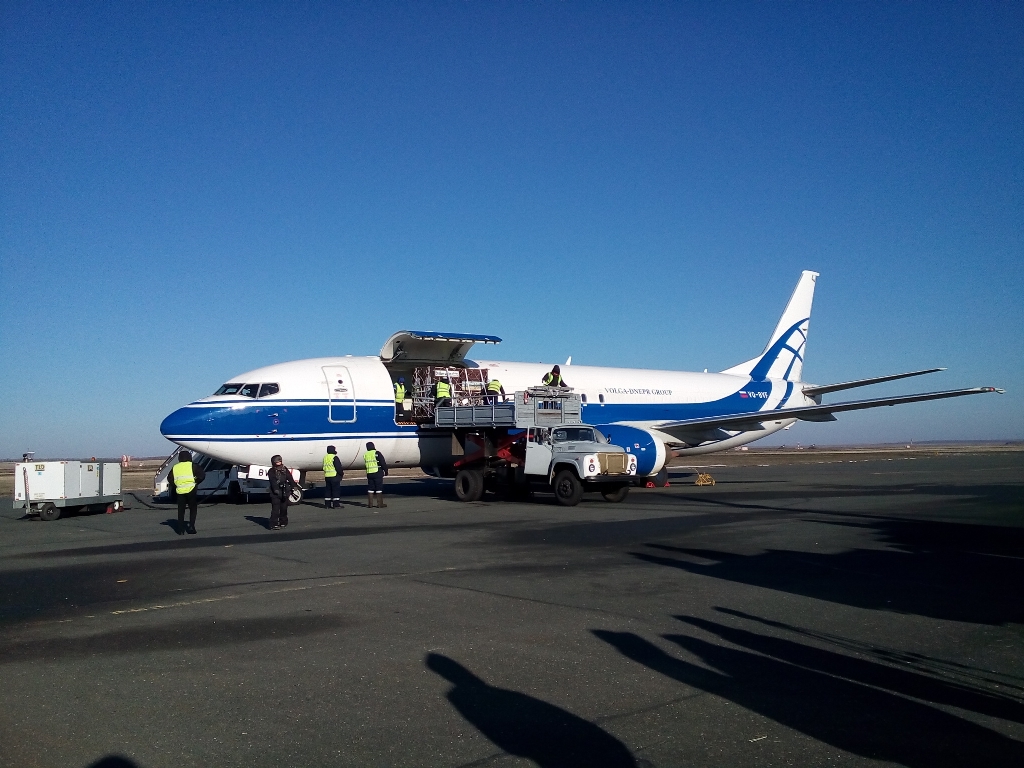 The Volga-Dnepr Group has transported 14 Przewalski horses from Hortobágy National Park in Hungary to the Ural steppe of Russia as part of efforts to re-introduce the breed to the area.
The horses each travelled from Hungary in their own special horse stall onboard a Boeing 737-400SF freighter operated by Atran Airlines, the group’s regional and express cargo airline.
The temperature in the cargo cabin was maintained at a comfortable 18-20 degress Celsius for the four-hour night-time flight from Budapest Ferenc Liszt International Airport to the city of Orenburg on the steppe beyond the Ural Mountains.
Experts from the national park were on hand to ensure the wellbeing of the horses during the loading process and on arrival in Russia.
Atran Airlines carried the horses on behalf of charter company, Fly Concord, for its customer, the Joint Directorate State Nature Reserves "Orenburg" and "Shaitan-Tau".
The 14 horses will now spend several months in quarantine as they become acclimatised to their new surroundings before they join the group of Przewalski horses that arrived in the region from France just over a year ago.
In 2015, Volga-Dnepr Group carried a herd of six horses to Orenburg from Montpellier in France.
Alexey Grebinyak, lead load planning specialist at AirBridgeCargo Airlines, said: “This is our second flight on behalf of this programme so we have a lot of experience in terms of the conditions required onboard the aircraft and how to prepare the stables for the flight as well as the horses’ behaviour during the flight.”
Przewalski horses are one of the rarest and most endangered subspecies of wild horse on the planet and had become extinct in their original habitat, the Central Asian and Mongolian steppe.
With the support of the Hortobágy National Park, which currently has a herd of 380 Przewalski horses on a protected area of 2,400 ha, they are slowly being reintroduced into the Orenburg nature reserve.