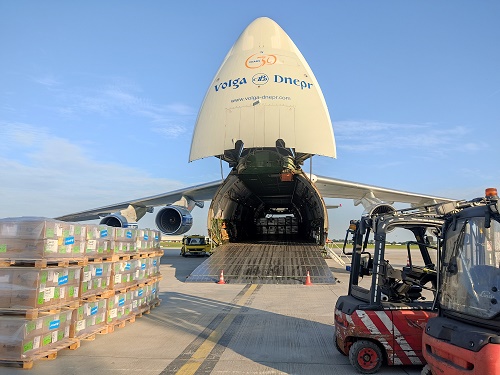 Volga-Dnepr has transported essential cargo to Port-au-Prince in Haiti to support aid efforts since the earthquake that hit the island two weeks ago.

To help those affected by the earthquake, the Group organised two special charter flights using its An-124-100 and Il-76TD-90VD aircraft.

Pauli Immonen, deputy director of healthcare and humanitarian at Volga-Dnepr Group, commented: “Thanks to aligned and long-standing relations with freight forwarders, brokers, non-government organisations (NGOs), humanitarian agencies, airport authorities and other stakeholders we guarantee a fast and seamless response and organize life-saving air transport to almost any region or country of the world.”

The magnitude 7.2 earthquake, which struck Haiti on August 14, has killed hundreds of people.

The flight marked the first time that four Bell 214B helicopters had ever been transported on a Volga-Dnepr AN-124 in a single operation.