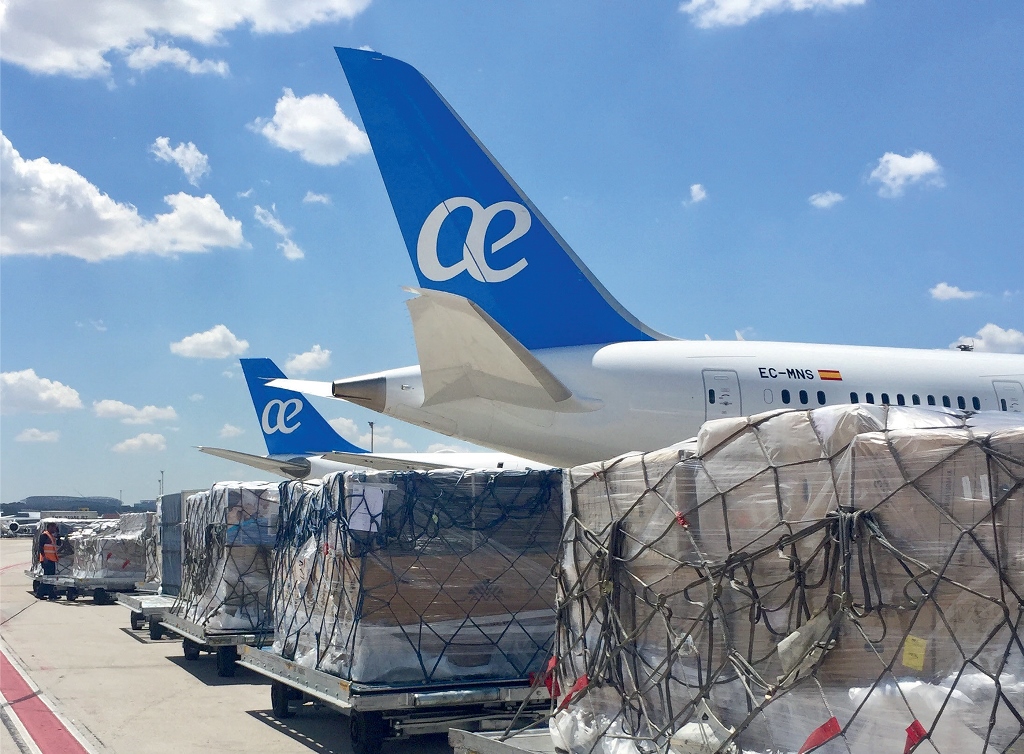 Air Europa, Spain’s second largest airline, has chosen Worldwide Flight Services (WFS) as its cargo handler at nine airports across Europe.
Commencing this month, the three-year contract gives WFS responsibility for handling the airline’s cargo volumes in Amsterdam, Brussels, Frankfurt, London Gatwick, London Heathrow, Paris Charles de Gaulle, Paris Orly, and Milan Malpensa, as well as at Air Europa’s Madrid hub.
WFS will handle cargo onboard more than 38,000 flights a year from the nine airports, with Air Europa’s volumes in Madrid alone exceeding 50,000 tonnes per annum.
All of the airline’s flights from Belgium, France, Germany, Italy, the Netherlands, and the UK – operated by Boeing 737-800, Airbus A330-200 and Embraer 195 passenger aircraft – fly directly to Madrid, from where its network connects to some 60 cities globally.
In Italy, Air Europa will be handled in WFS’ brand new cargo terminal in Milan, which opened this summer.