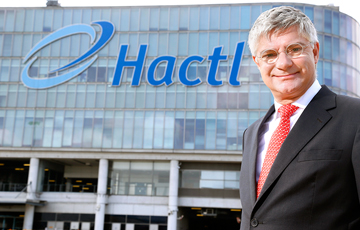 As the civil unrest on the streets of Hong Kong gradually abates, the interesting question emerges of whether China needs the former British colony just as much as Hong Kong needs China.
Mark Whitehead, CEO of handler Hong Kong Air Cargo Terminals Limited (Hactl), is clear that the relationship is two-way, and that a repeat of Tiananmen Square was never likely.
“China depends on Hong Kong – its financial services are essential. No one wants to see Hong Kong fail,” Whitehead says. “For us, it’s business as usual.”
Hong Kong International Airport is recording high single-digit growth for the year to date, with Cathay Pacific performing strongly. Hactl no longer handles the carrier after it opened its own terminal and Whitehead makes the self-evident comment that “you can’t replace 1.5 million tonnes overnight”.
Yet Hactl’s volumes are 10 per cent up this year, excluding the Cathay effect. “Europe is still weak, but the Mid East carriers are growing way faster than the general market, we’ve seen US routes improving and intra-Asia growth by the likes of Hong Kong Airlines has been a major driver.”
The airport is filling up fast, however. “In three to five years we’ll be pretty well saturated. It’s increasingly difficult and the fear is that we can’t accommodate airlines’ development plans,” Whitehead says. “We won’t have a third runway until 2023, if it gets built at all.”
The runway saga seems almost more British than Chinese. “The whole business community accepts the need for it and the environmental assessment is done, but we’re now at judicial review and the environmentalists are not done yet,” he says. “Meanwhile Guangzhou is building its fifth runway.”
The massive Hong Kong-Zhuhai-Macau Bridge, set for completion in 2016, might appear to offer an interim solution to HKIA’s slot problem. “But you can’t just go by road to Macau and fly out of Shenzhen, because there’s an airspace issue too,” Whitehead says. “This is where Hacis can score.”
He is referring to the SuperLink China Direct road solution developed by Hactl subsidiary Hong Kong Air Cargo Industry Services, by which cargo leaving the warehouse in Hong Kong is driven under bond to wherever it needs to go on the Chinese mainland and is cleared at destination, not at the border.
Two trucking companies operate this service in Hacis livery. “It’s all about Customs,” Whitehead explains. “There can be long queues of trucks at the border waiting for up to eight hours. With our system the trucks are sealed like shipping containers so you can see they’ve not been tampered with, and the driver can take the fast lane over the border. The shipment is broken down by the trucker or forwarder at points around the Pearl River Delta region.”
The idea dates back to 1984, when China’s commercial revolution had not yet got under way and its internal infrastructure was under-developed. Initially the traffic was almost all into Hong Kong, but is now around 30 per cent outbound.
“Southern China is a really positive story,” Whitehead summarises. “What seems a big issue today always gets resolved. Hong Kong finds a way.”