WorldACD: Cargo volumes return to 2019 levels in first half 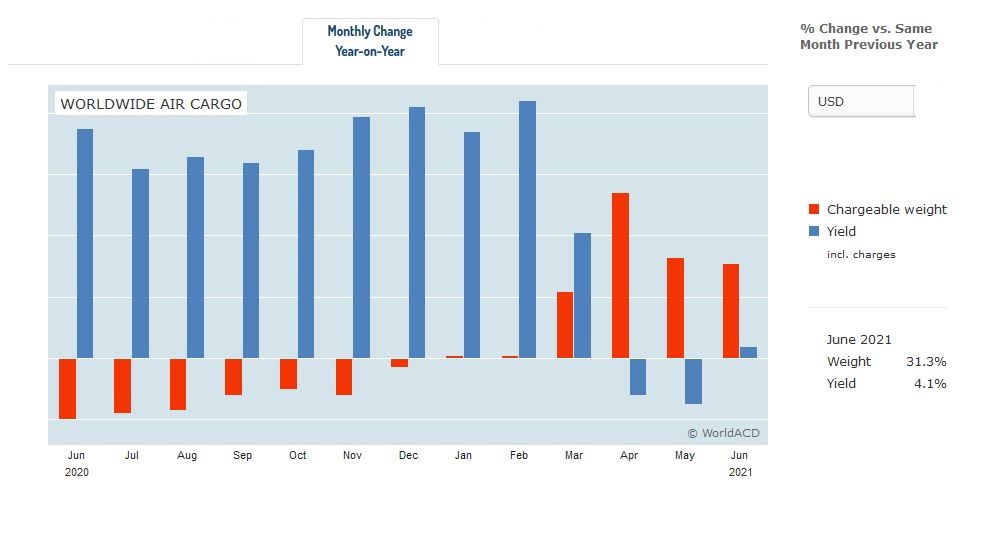 Cargo volumes were back at 2019 levels in the first half of the year while revenues remained far above the levels of the last two years.

The latest statistics from analyst WorldACD show that cargo volumes – in chargeable weight – in the first half of the year were at the same level as in the pre-covid year of 2019.

Meanwhile, volumes compared with the same period last year were up by 22%.

Looking at monthly performance, cargo volumes in June were up by 31% year on year.

In terms of air cargo revenues, the first half registered a 79% improvement on 2019 levels for the same period, while there was a 47% increase on last year.

Looking at regional performance, WorldACD said there was there were two exceptions to the return to 2019 levels: Africa which registered strong growth of 28% in the first half compared with 2019 and European carriers which struggled with a 5% decline.

On yield improvements compared with a year ago, the analyst noted that mid-sized and small airlines tended to perform better than their larger rivals.

WorldACD also examined freight forwarding trends: “The world’s Top-20 forwarders consolidated their position as a group (Yo2Y), but there were interesting differences depending on the origins of the forwarders in this group.