Air cargo braces for the impact of trade tariffs 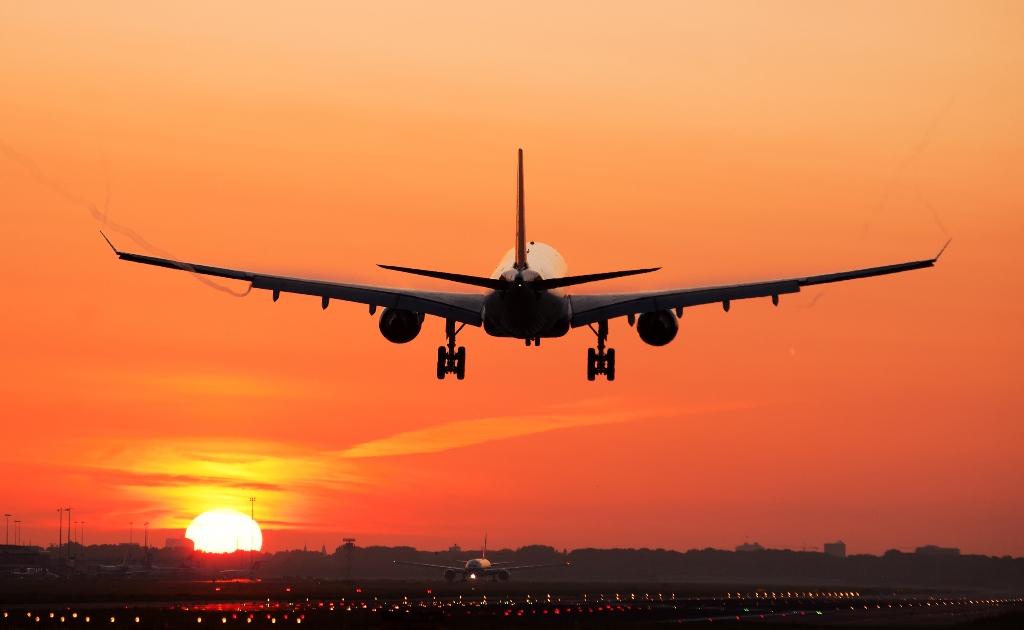 The introduction of trade tariffs is set to hit the air cargo industry, despite the possibility of an initial boost.
Reports have suggested that the various trade tariffs that have been introduced over the last few months could result in a rush to transport goods before they come into force, with airfreight the main benefactor.
However, this boost is expected to be short lived and, overall, in both the short and long term, the moves are expected to have negative consequences for the industry.
The tariffs, which started with the US introducing a 25% tariff on steel and 10% on aluminium, have seen various countries introduce charges on a range of products in response.
Separately, the US will also introduce 25% tariffs on almost $50bn worth of Chinese goods, with Beijing responding in kind.
Of the $50bn, tariffs on $34bn of goods will come into force on July 6, while a second tranche covering $16bn worth of goods, currently working its way through regulatory process, will be implemented at a later date, probably in the autumn.
And the issue could become even more serious, with US President Donald Trump threatening further duties on another $200bn worth of Chinese products and China promising more retaliatory moves.
While many of the products that have had charges imposed on them so far are not necessarily transported by air, there are knock-on effects.
US Airforwarder Association executive director Brandon Fried told Air Cargo News: “While the near and long-term impacts of the China-US trade tariffs are uncertain, initial import shipment volume on many of the listed items will most likely decrease as the duties take effect.
“In fact, the prospect of the tariffs has already had an adverse impact on some of the affected industries as participants are beginning to raise prices in anticipation of the increased costs.
“Ultimately, the consumer pays the price, resulting in less demand here in the US and reduced freight volumes as a result.
“Airfreight forwarding is an industry that serves a variable marketplace, both regarding delivery times and commodities shipped.
“While many of the targeted items may not use air cargo frequently, exceptions abound as forwarders often depend on airfreight to expedite related parts or the affected products themselves to the US.”
The situation could have been worse for air cargo. In an initial list proposed by the Office of the US Trade Representative (USTR) in April, consumer goods accounted for 12% of the total tariffs, according to the Peterson Institute for International Economics (PIIE) (see charts below).
PIIE said this had been reduced to just 1% in the second list published in June as a result of a public pushback. 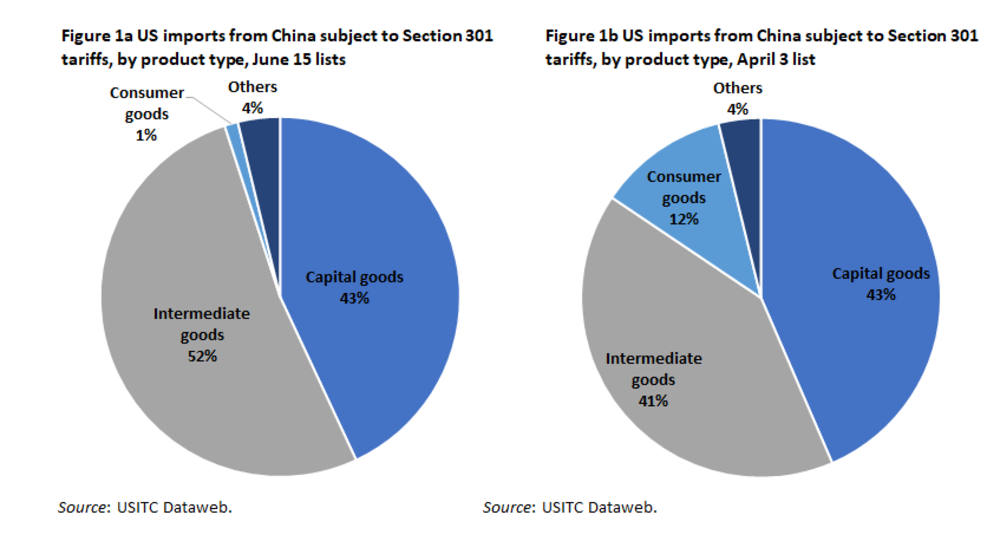