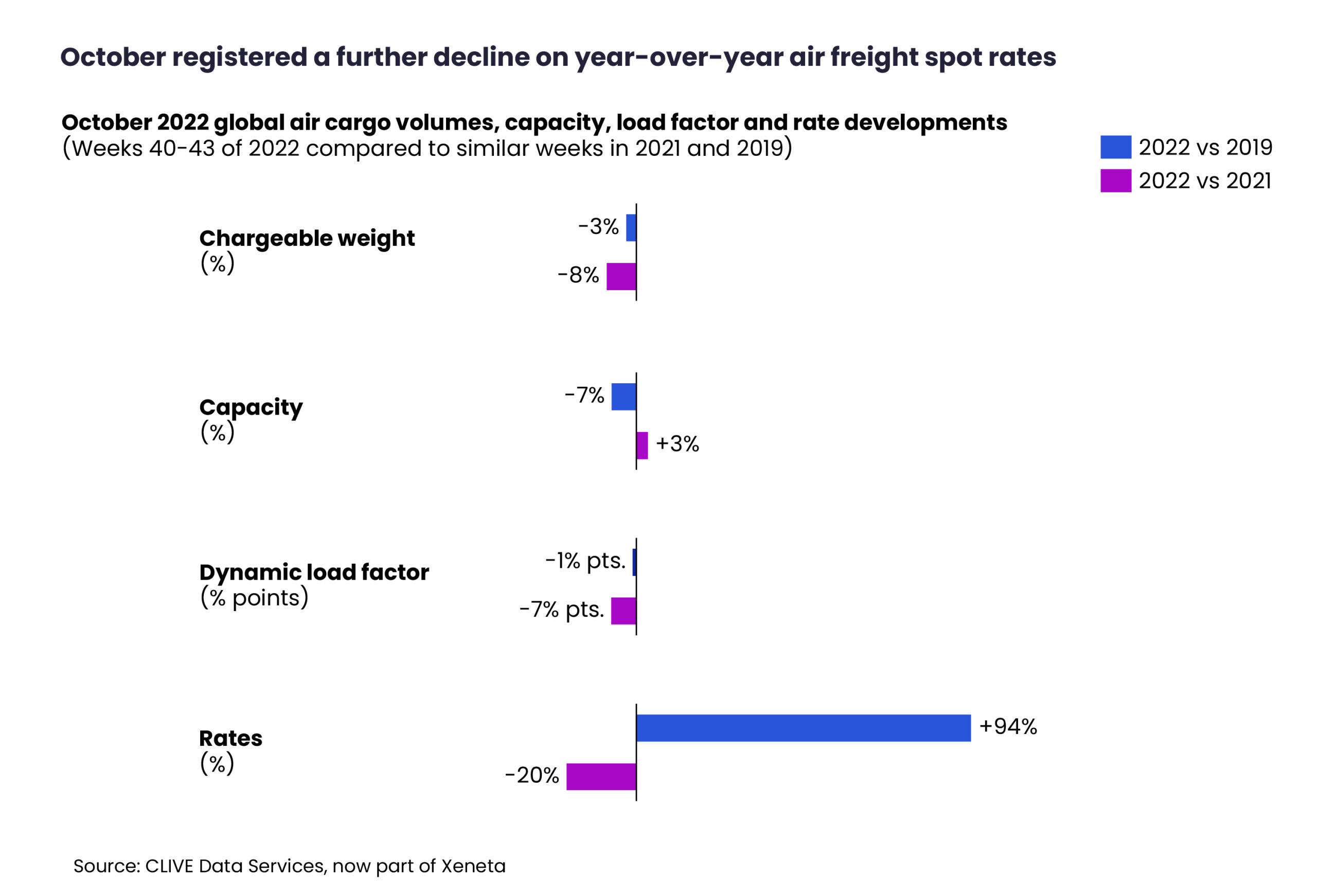 Air cargo volumes declined 8% year on year in October – the eighth consecutive month of decline – and the outlook is equally downbeat.

According to Xeneta-owned CLIVE Data Services the market outlook “remains uncertain” and there is also nothing to indicate an upturn next year from its weekly market data.

There is  “no indication there will be a peak” during the traditional Christmas peak weeks, said CLIVE.

The drop in demand, measured in chargeable weight, was also 3% below the pre-pandemic level in 2019.

Compared to last year’s levels, global air cargo capacity continued to recover in October but at a slower pace and remained 7% below the pre-Covid 2019 level.

This contributed to a more subdued ‘dynamic loadfactor’, CLIVE’s measurement of airline performance based on both the volume and weight perspectives of cargo flown and available capacity.

As falling demand meets rising capacity, load factors have been declining over the past 18 months.

“We are six weeks away from Christmas and there is no indication there will be a peak,” said Niall van de Wouw, chief airfreight officer at Xeneta.

“Demand worsened in October over the 5% reduction we reported in September, but this is not likely to surprise the market given the global economic outlook, although it’s clear that rates remain at a higher level than some observers would have expected in the current conditions.

“Airfreight is certainly not currently suffering the decline of ocean, where Xeneta has recorded rate drops of 60%-70% in the last nine months.

“Oceanfreight is responding to the market conditions much faster than air is and normalising quickly from a rates point of view.

“The outlook for air cargo remains uncertain. We don’t see a pressure on capacity, and we don’t see an increase in rates.”

“Airfreight received a boost in the last two years because of the incredible mess on the ocean side, but shippers are now likely to feel more comfortable moving back to ocean from a reliability point of view,” said van de Wouw.

He noted that in contrast, rising belly capacity and freighters coming to the market means ample capacity.

“The only development I can see that would slow down the decline in rates is supply on the ground,” he added.

“If airlines and cargo handling companies continue to struggle to hire people and remain short-staffed, then the bottlenecks will create an upward pressure on rates because it will be difficult to get your goods through the value chain.”

Airfreight rates on top volume corridors from Asia to Europe and Asia to the US continued to fall in October, while general rates fell more substantially on inbound US corridor routes than inbound Europe. This is attributed to added costs for EU routes, due to the closure of Russian airspace and lower spending by US consumers. 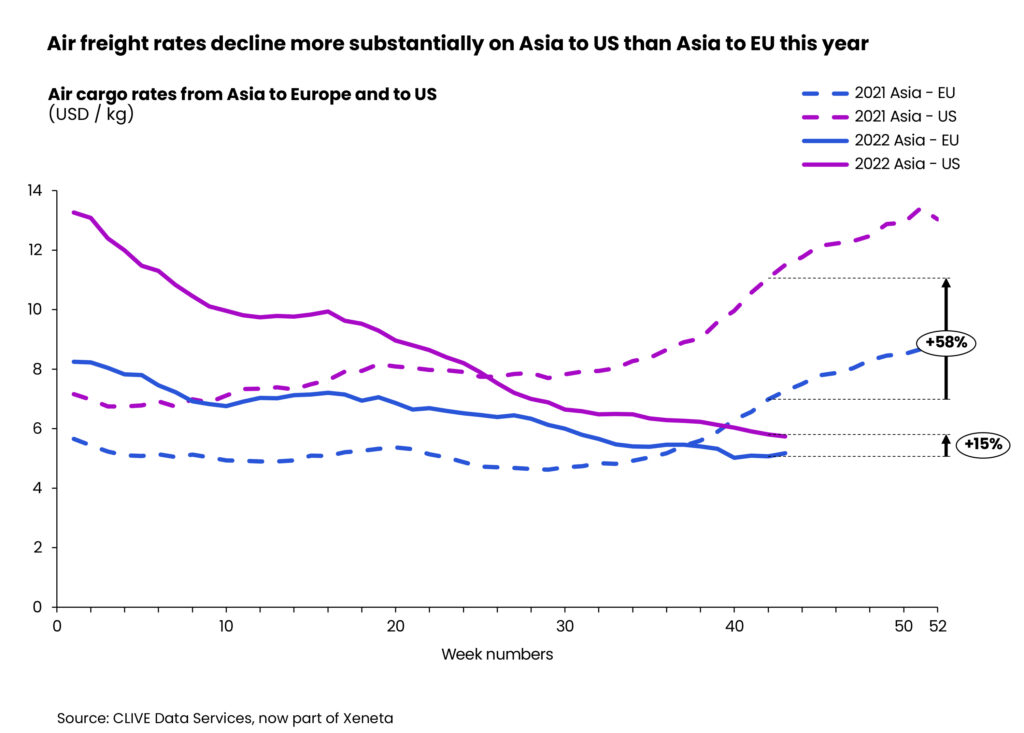