Airfreight rates on services from China to Europe are expected to pick up during the summer and beat last year’s levels during the fourth-quarter peak.
The first airfreight rate forward curve from derivatives broker Freight Investor Services (FIS) shows that for August the sector is making paper deals with an average value of $2.85 per kg on China-Europe services, up from the $2.75 per kg average for July.
The average for September stands at $3.05 per kg and $3.70 per kg for the fourth quarter overall.
This compares with an average rate of $2.89 per kg on Hong Kong-Europe services during last year’s fourth quarter, according to Tac Index figures.
The summer rise comes despite a small unexpected dip in prices this week.
“Air Cargo rates have seen a steady rise in recent weeks, possibly owing to capacity shortages while Nippon Cargo Airlines opted to ground 11 of its fleet, along with the rush to fly shipments to the US ahead of the introduction of Trump’s new trade tariffs,” FIS said.
“Given this, the slight dip this week is surprising and we expect to see rates rise steadily again throughout July despite the usual summer slowdown.” 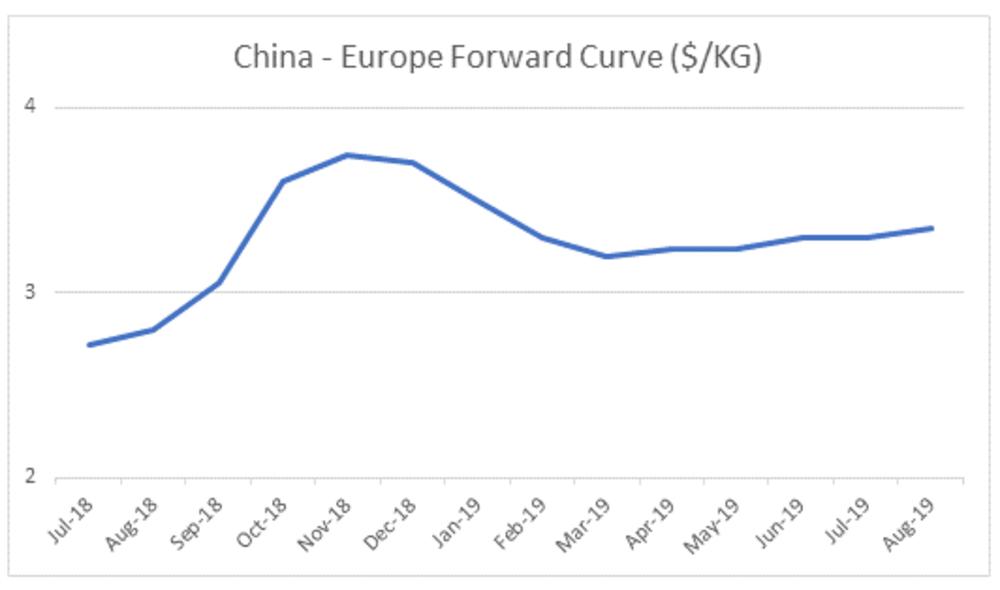 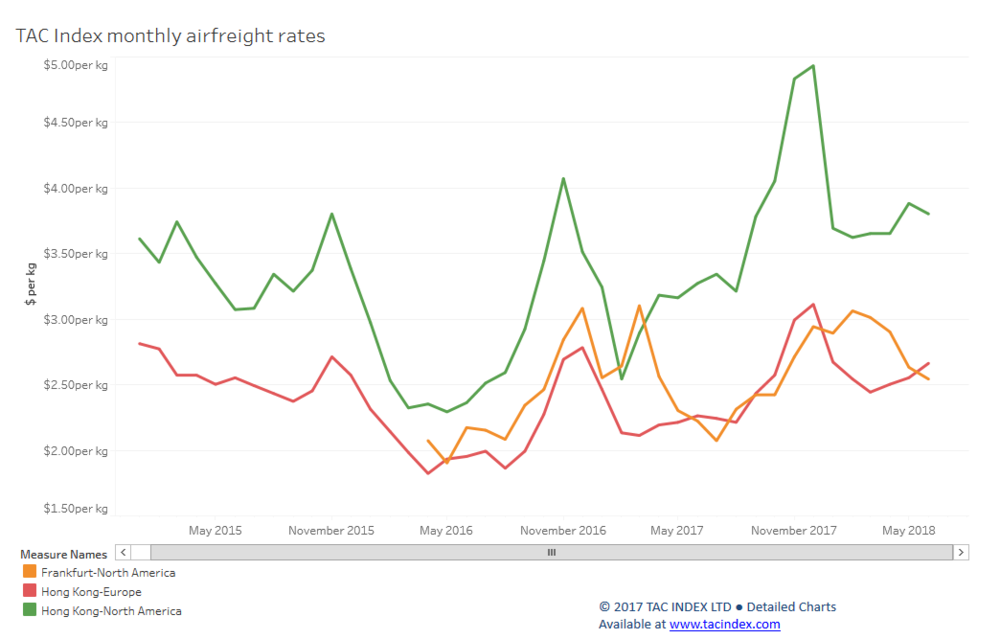