Drewry air cargo rates index below $2.90 for the first time 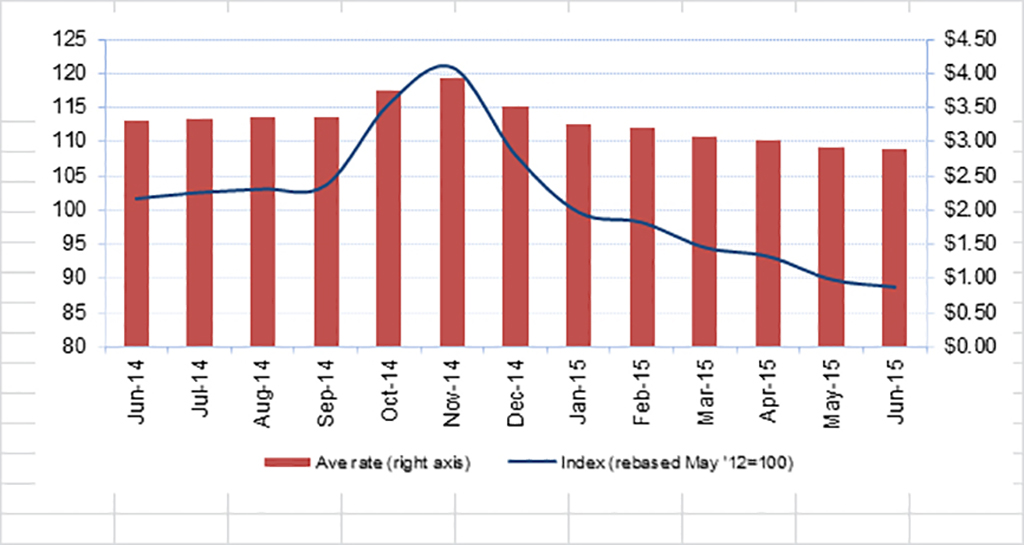 Drewry‘s East-West Air Freight Price Index declined by another 1.1 points in June to a reading of 88.7, bringing the index down to its lowest level since it was first launched in May 2012.
In US dollar terms, it fell below the $2.90 per kg threshold for the first time.
Said Drewry: “Whereas the eastbound Transpacific has taken the brunt of pricing falls in recent months, June’s decline affected all the main East-West trades in broadly equal measure.
"Weak cargo growth coupled with rising capacity has further weakened the market, the latter fuelled by booming passenger demand which added more unwanted bellyhold space."
One airline contact said he felt rates were coming under pressure as a result of certain companies not having a separate cost centre for the cargo division.
This meant they could be more liberal with prices as cargo performance was not measured separately to passenger.
The London-based specialist research house expects airfreight pricing to remain weak over the next few months, as carriers release additional passenger capacity. 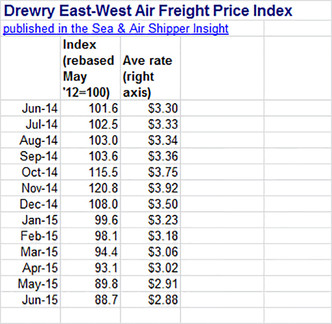 Notes: This index is a weighted average of all-in airfreight "buy rates" paid by forwarders to airlines for standard deferred airport-to-airport airfreight services on 21 major East-West routes for cargoes above 1,000 kg. Rates are expressed in $/kg and include three components: the base rate, the fuel surcharge and the security surcharge. They exclude door delivery costs.Source:
For more details, see Drewry Sea & Air Shipper Insight, www.drewry.co.uk