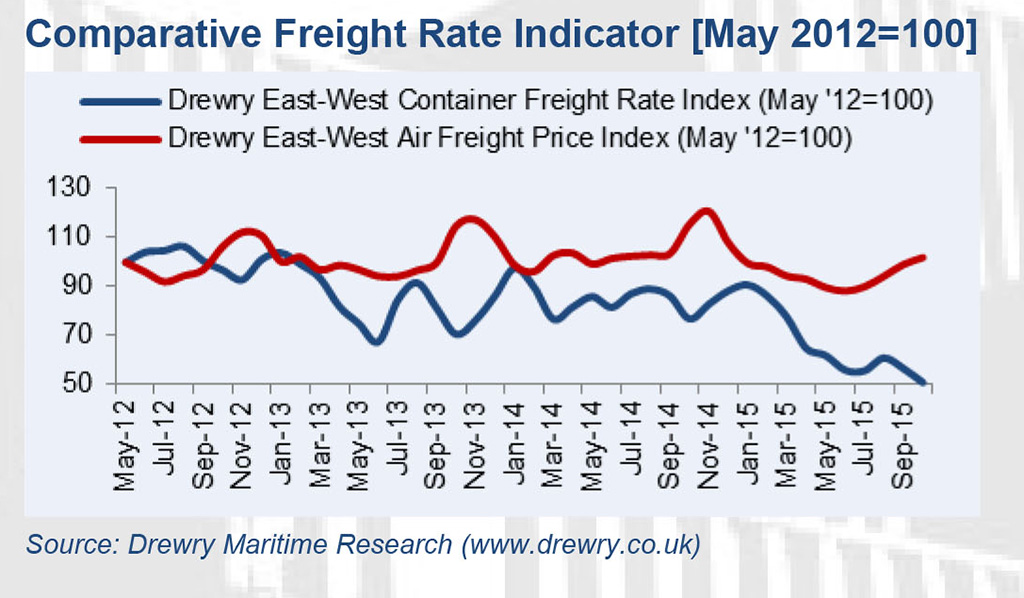 The dramatic decline in ocean container spot market rates has widened the gap between seafreight and airfreight, said supply chain advisors Drewry in its December Executive Briefing.
Ocean rates are “in a rapid tailspin” with ships on the Europe to Asia trade barely two-thirds full, it said.
Airfreight demand is also sluggish, but despite this its rates have held up much better than ocean, the briefing continued. Drewry’s East-West Air Freight Price Index rose for the fourth consecutive month in October to reach a record high level for the year, although it was well down on the same month in 2014.
With ocean and air rates moving in opposite directions, the difference between the two has now reached a record high and, the longer the situation continues, the more likely that suitable traffic will switch from air to sea.
Shippers have developed more sophisticated IT to keep track of their inventory and have greater faith in the reliability of shipping services, Drewry stated.