Asia cargo monthly: Cargo carriers off to a flying start 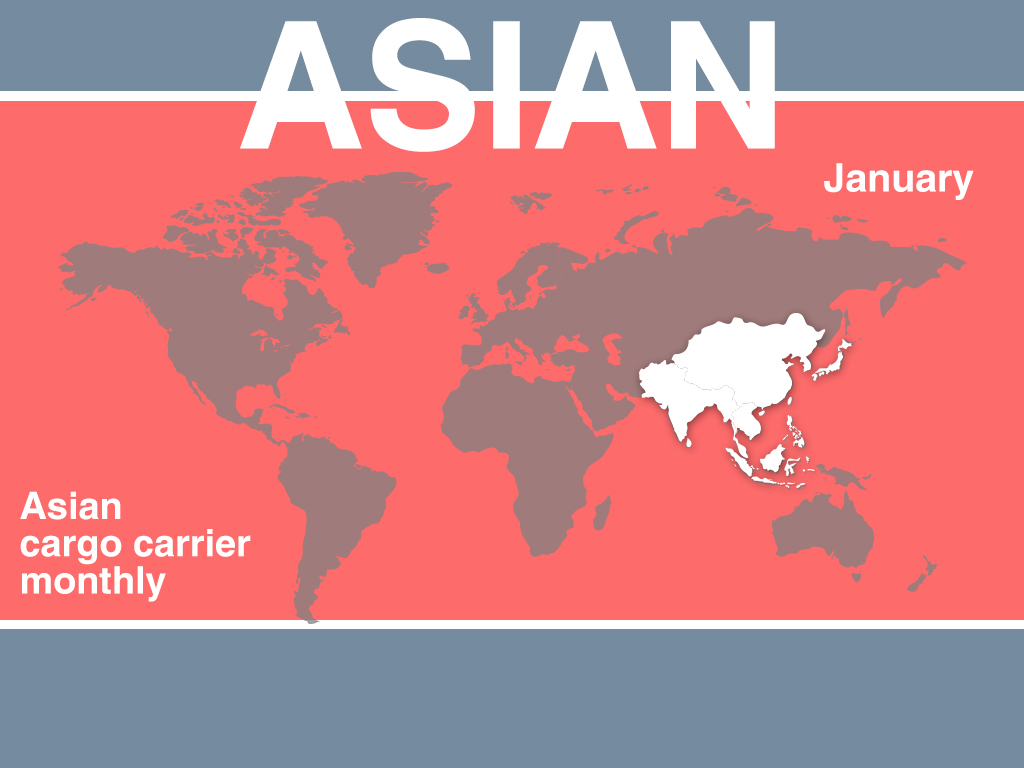 Asian airlines started the year strongly with many of the region’s major carriers reporting stronger growth than they achieved last year.
The region’s largest cargo carrier group, Cathay Pacific, saw cargo demand increase by 10.5% year on year in January to 954m cargo and mail revenue tonne kms.
This represents the group’s strongest January on record (beginning in 2011) and is ahead of the 9% year-on-year growth registered for 2017 as a whole.
However, it should be noted that growth figures in the first part of the year can be affected by the timing of the Chinese New Year and it is perhaps better to wait until March to get a better picture of how the year has started.
Click on chart for interactive version 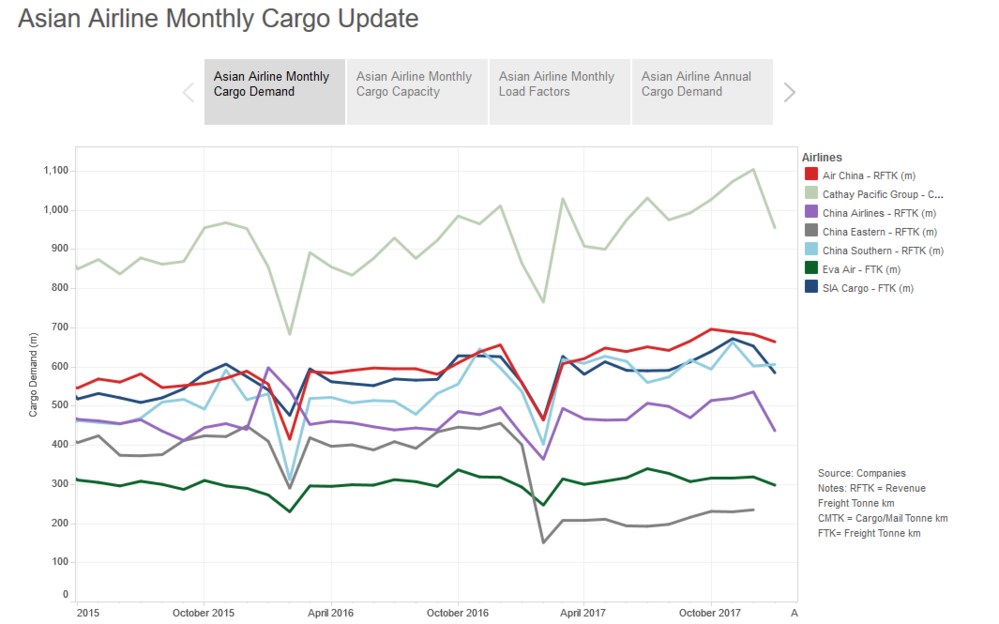 This year, Chinese New Year started on February 16, whereas last year it fell in late January.
Cathay Pacific director commercial and cargo Ronald Lam said: “Our cargo business got off to a solid start in 2018. As expected, airfreight volumes subsided a little after the year-end peak, but overall, markets remained relatively buoyant in January.
"The pre-Chinese New Year rush out of Hong Kong and mainland China was a little softer than anticipated, but this enabled the carriage of more transhipment across our network.
"The inbound load factor improved across all route groups, with overall tonnage growing ahead of capacity.
“In terms of products, the flow of perishables into Asia and e-commerce movements from the region continued to be healthy in the lead up to the Chinese New Year holiday period.”
With demand growing at a faster pace than supply in January, the airline group’s cargo load factor reached 65.4% compared with 61.9% during the same month last year.
The region’s next largest carrier, Air China, also got off to a flyer in January, with cargo traffic increasing by 19% year on year to 663m revenue freight tonne kms (RFTK).
This represents the carrier’s busiest January on record and the growth level is also ahead of last year when it achieved an 8% improvement.
The growth was led by a 21.8% improvement in international traffic, while regional demand was up 13.1% and domestic volumes, which were fairly stagnant at the airline last year, were up 11.2%.
Its cargo load factor for the month increased to 55.2% from 49.8% last year.
Next up, China Southern registered a 12.9% increase to 605m RFTK. This is the airline’s busiest January on record and is slightly up on the 12.7% improvement registered in 2017.
Improvements were led by regional traffic, while there was also a strong improvement in international traffic, but a decline on the domestic front.
Outside of China – and special administrative regions – growth was not quite so strong. Taiwan’s China Airlines registered a 2.3% improvement in traffic to 436m RFTK, its busiest January since 2011.
There was a 4.5% improvement at SIA Cargo to 584m freight tonne kms, representing its best January since 2014.
Finally, Eva Air saw demand improve by 1.7% to 297m freight tonne kms, its busiest January since 2013.
Read more air cargo data news