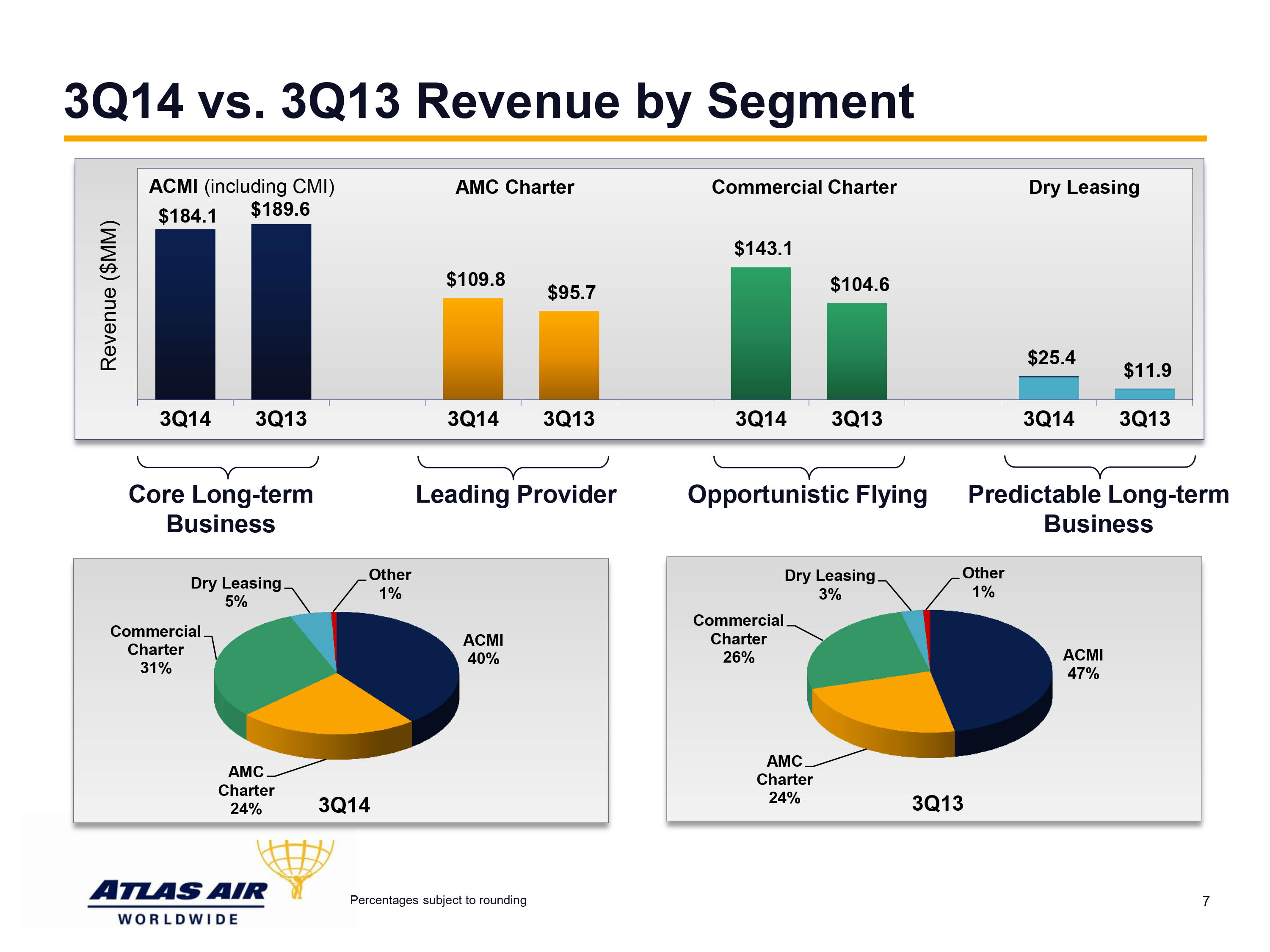 Atlas Air reports increased demand across all regions, with the greatest growth in the transpacific market, adding that online shopping and peak season high-tech product launches “continue to favour airfreight”.
The US-based aircraft leasing company was commenting as it released its 2014 third quarter financial results which saw adjusted net income attributable to common stockholders of $27.4m compared with $28.6m for like period 2013.
William Flynn, president and chief executive, said: “Both our third-quarter results and our recently announced placements of three additional ACMI (aircraft, crew, maintenance and insurance) aircraft and four more CMI aircraft illustrate the strength of our business and the demand for our industry-leading assets and services.”
Flynn added: “ACMI earnings in the third quarter were complemented by a profit in Commercial Charter, growth in our Dry Leasing business, and an improved contribution by our military charter operations.
“Earnings in Commercial Charter were driven by a sharp increase in block hours flown, reflecting the broad-based uptick in airfreight demand. In Dry Leasing, our results benefited from our addition of B777 freighters that generate predictable, long-term revenue and earnings streams. And in AMC Charter, we benefited from an enhanced share of available military flying requirements.”
Atlas Air recently placed three incremental B747 freighters, a B747-8F and two B47-400Fs, into ACMI service for DHL Express, and Etihad Cargo. These placements increase from 19 to 22 the number of Atlas aircraft in ACMI.
Said Flynn: “In addition, we recently announced the expansion of our B767 CMI service in North America for DHL Express. This expansion covers four incremental B767-200 freighter aircraft owned by DHL that we expect to begin flying during the first quarter of 2015.”
On a reported basis, nine-month 2014 net income attributable to common stockholders totalled $65.1m, compared with $63.9m in the first nine months of 2013.
In its outlook, Atlas said it was “encouraged” by its performance in the first nine months of 2014 and “the positive direction of market trends so far this year”.
It added: "Airfreight volumes continue to improve, and recent industry reports suggest that airfreight demand will grow by several percentage points in 2014 – outpacing supply and driving the first real growth since 2010.
“We are seeing a general increase in demand across all regions, with the greatest growth in the transpacific market. An increase in online shopping and several new high-tech product launches during peak season also continue to favour airfreight.”
Did you find this article of interest, if so why not register for a FREE digital subscription to Air Cargo News? – Find out more