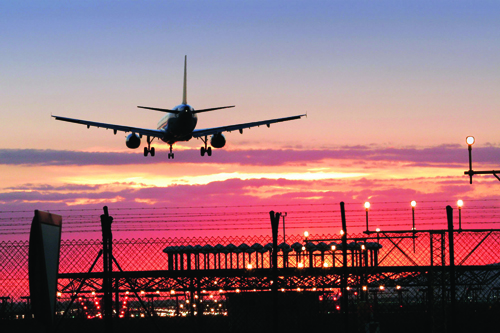 However, the FIS added that the outbreak is leading to severe reductions in airfreight volume from Asia due to quarantine measures, which has in itself limited the amount of available data – and this is increasing market volatility.

Charters have largely dominated any inbound traffic into China, and a backlog of airfreight capacity orders has yet to materialise, restricting volumes out of China, the FIS said.

It appeared that controls on movements between Hong Kong and mainland China and the limitations on domestic trucking in China have appeared to favour Shanghai as a primary export point for European destinations. Conversely, the travel bans from China to the US have favoured Hong Kong in the immediate term, severely damaging Shanghai to US pricing.

The broker added: “The lack of cargo moving into and out of China makes us cautious to set up an immediate assessment, as the majority of business revenues are unlikely to track index volatility until industrial production and movement of freight resumes at some point in the coming weeks.”

In simple terms, major buying and selling of airfreight capacity would not start until cargo is available to be moved. But the diversity of price increases and decreases was nevertheless surprising, “reflecting the comments of many major freight forwarding veterans over the past few days”. Any degree of predictability “is unlikely over the next few weeks”, said the broker.

Nevertheless, supply chain bottlenecks were almost guaranteed in the near term and, in the words of analysts Bloomberg would be a “nightmare for global tech” while the effect on automotive supply chains has also been in the spotlight.

Most major airlines are reviewing the situation, including freighter operators such as AirBridgeCargo, Cargolux and Lufthansa who have restricted capacity.

The FIS concluded: “All eyes will be on how quickly air and sea carriers can muster capacity to provide suitable uplift for any freight volume spike, and how substantial and quantifiable this might be.”

The FIS’s comments were broadly echoed by others in recent days. On 10 February, Joe Cipolla, senior director – airfreight, Crane Worldwide Logistics, told Air Cargo News that the virus outbreak was already resulting in a lack of space heading into China and Hong Kong, with shortages in the outbound direction expected to follow.

Inbound demand has increased due to a lack of space and an increased need of protective medical equipment. For carriers still flying freighters, the demand is very high, Cipolla said.

DSV also warned of tight capacity once factories re-open, with some carriers starting to cancel flights to and from Hong Kong, which could lead to capacity constraints and higher rates in the coming weeks.