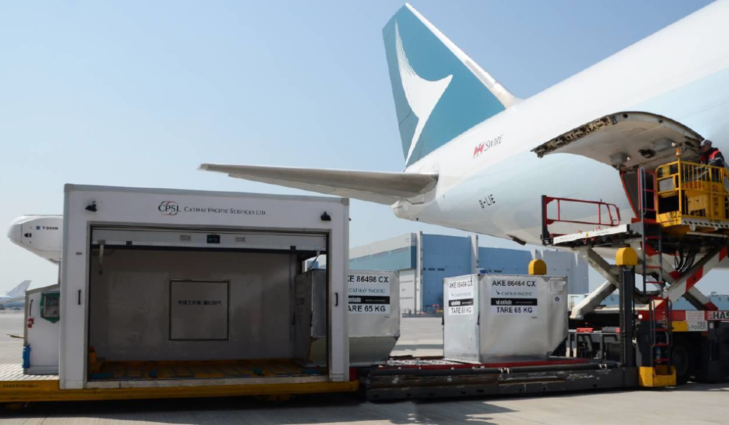 Cathay Pacific saw cargo revenues soar during the first half of 2018, while the overall airline group managed to narrow its losses.
The Hong Kong-headquartered carrier registered total cargo revenues of HK$13bn during the first six months of 2018, a 24% increase compared with the prior year.
Cargo traffic for the period increased 7.3% year on year to 5.8bn revenue freight tonne kms, while capacity increased by the lower amount of 4.1% to 8.5bn available freight tonne kms.
As a result its cargo load factor for the first half reached 68.3% compared with 66.2% last year.
The airline said the improvement in revenues was down to higher volumes, increased demand for specialist cargo shipments and the movement of higher value goods to and from Asia.
Shipments from Hong Kong and Mainland China were stable and transhipment from the Indian subcontinent, Europe, Japan and Southeast Asia were strong.
E-commerce shipments from Asia remained strong whilst exports of machinery and food from Europe and the Americas to Asia continued to grow, resulting in a more balanced trade flow.
The carrier said: “We carried cargo to and from more places in Europe in line with the expansion of our passenger network in Europe.
“We now offer our customers more cargo product options for the transportation of high-value, temperature-sensitive pharmaceutical products through new rental agreements with va-Q-tec and Sonoco for their special thermal containers.”
In terms of network, Cathay Pacific increased freighter service frequencies to Chennai from six times weekly to daily, and Mumbai from twice to three times weekly in June 2018, while it stopped flying to Calgary in March.
Looking ahead, the carrier will add additional capacity will be added to key routes in America during second half of 2018 to cope with seasonal demand, while it expects the cargo business to remain strong.
There was also an improvement in the performance of the overall airline, although it still reported a loss.
Revenues increased 15.7% year on year to HK$53.1bn and loss attributable to shareholders stood at HK$263m against HK$2bn last year, despite higher fuel prices.
The carrier group said: “We are half way through our three year transformation programme, which is designed to make our businesses leaner, more agile and more effective competitors. The programme is on track.
IT said that yield increases “reflected improvements in revenue management, favourable foreign currency movements, increased revenue from fuel surcharges and strong premium class demand”. 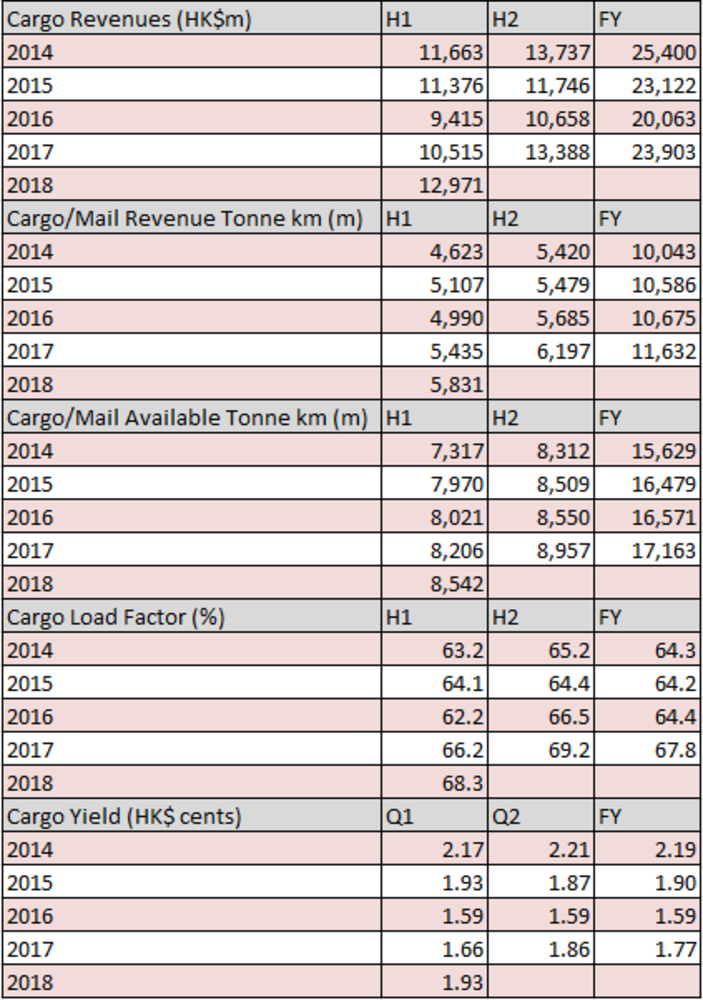