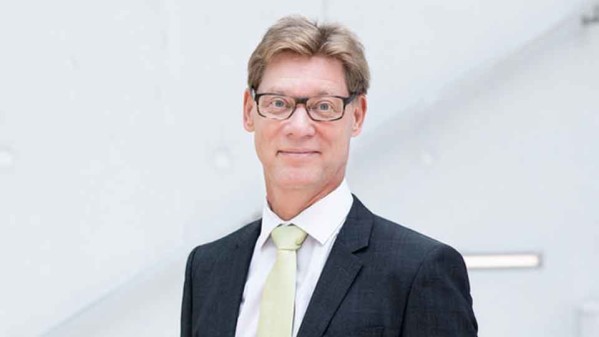 Denmark-headquartered multimodal forwarder DSV Panalpina Group has highlighted the role of DSV’s acquisition of Panalpina in its third-quarter results.

Jens Bjørn Andersen, group chief executive, said: “The closing of the Panalpina transaction on 19 August was the all-important event in Q3. We have had a good start to the integration and the first operational integrations have already started.

“Meanwhile, we are pleased to report strong results for Q3, despite challenging market conditions, especially in the air freight market.”

Total revenue for the third quarter alone totalled DKK24,521mn – up from DKK20,237mn in the same three months of 2018. The rise was mainly attributable to the inclusion of the results of Panalpina operations as of 19 August.

The impact of the acquisition is clearest in the group’s Air & Sea division, given that approximately 90% of Panalpina revenue relates to those modes of transport.

The increase in the division’s revenue from DKK27,134mn in the first nine months of 2018 to DKK33,074mn in the same period of this year is “mainly attributable to Panalpina”, the group said.

The Air & Sea division achieved organic (that is, excluding the purchase of Panalpina and the impact of IFRS 16 guidance) growth in revenue of 5.4% during January–September.

Noting that the inclusion of Panalpina substantially strengthens DSV’s Air & Sea division, the group said: “The division reported EBIT before special items of DKK3,311mn for the first nine months of 2019 (2018: DKK2,796mn), to which Panalpina contributed DKK39mn.”

As for air freight volumes, the division reported total tonnage growth of 63% for the third quarter. But excluding Panalpina volumes, organic growth for the quarter registered a decline of 6 percent.

“Demand weakness in several segments of the global logistics markets continued in the third quarter of 2019,” DSV Panalpina observed.

“This led to lower average freight rates, especially in the airfreight market, where market volumes are estimated to be down by 4 percent for the first nine months.”

Although airfreight volumes were down during the third quarter, gross profit for the division rose from DKK2,359mn to DKK3,443mn; organic growth of 7.6% was driven by higher sea freight volumes and stronger yields for that mode.

The group’s overall gross profit in the third quarter was DKK6,271mn; in the same period of last year the figure was DKK4,472mn. Organic growth of 4.3% in gross profits benefited from an increase in profit per shipment in Air & Sea.

DSV Panalpina posted gross profits of DKK16,670mn for January – September (up from DKK13,042mn in the same nine months of 2018). Organic growth for those three quarters was 6.2%. 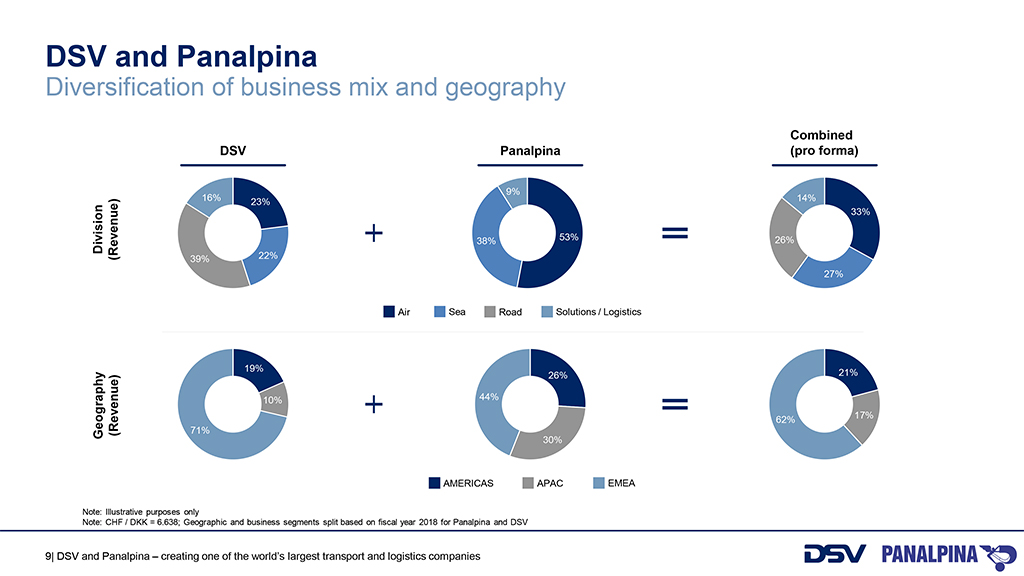 Regarding the outlook, a statement said: “With the transaction completed and Panalpina included in the consolidated financial statements as of 19 August 2019, the expectations for full-year EBIT before special items for 2019 are at DKK6,600 million including amortisation of customer relationships of approximately DKK100 million, of which DKK80 million are related to Panalpina.

“Transaction and integration costs (reported as special items) for 2019 are expected to amount to approximately 30% of total expected restructuring costs of DKK2,300mn.”

The group expects the integration to result in cost synergies, however, also amounting to around DKK2,300mn.

FedEx Express is pain point for FedEx in second quarter