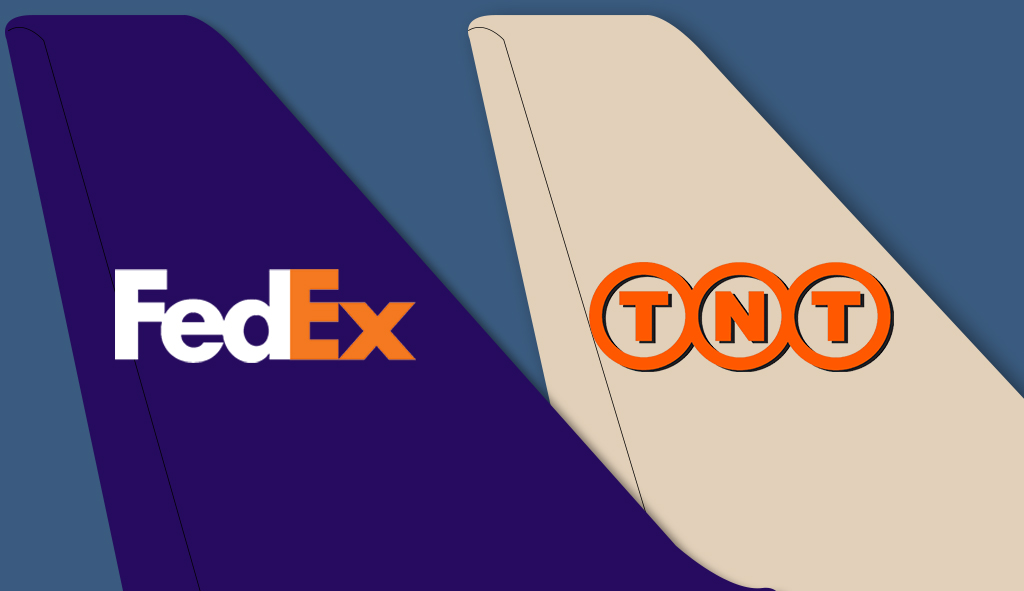 FedEx’s planned takeover of rival carrier TNT would create a third force in the express market – and unlike UPS’ attempted takeover 2½ years ago, it would succeed, the leaders of the two companies predicted at a press conference this morning.
The acquisition would bring TNT’s “exceptional” road platform into the FedEx fold, helping to strengthen what had been a relatively weak part of the FedEx portfolio, said the latter’s chief executive, DavidBronczek, with around 86 per cent regional coverage.
In contrast, FedEx has a strong air network in Europe, as well as in other parts of the world.
TNT chief executive, Tex Gunning, anticipated that the European road network created “would be the envy of the industry.”
At the same time, the relatively small TNT air fleet of 54 freighter aircraft would be sold to a third party, to assuage the competition authorities in the European Union and elsewhere. This had been one of the major sticking points in the proposed UPS takeover.
TNT’s owned and leased fleet includes B777Fs, B747Fs, and a combination of BAe 146, Boeing B737Fs and B757Fs.
Bronczek argued that, far from reducing competition, the takeover “would increase competition in Europe by creating a third strong competitor…which would benefit customers over the long term.”
Gunning said that the deal was attractive to his company because it would lead to a more certain future.
He predicted that, this time, the takeover would clear the regulatory hurdles because “this is much simpler than the UPS deal – there, the overlaps were far bigger.”
However, the lower synergy between the two companies was reflected in the price that FedEx would pay for TNT – €8 per share compared with the €9.50 that UPS had been prepared to offer.
The lower price was also a reflection of a “more complex” European economy that had developed in the intervening period.
Bronczek said he did not expect the relatively low price to lead to rival bids for TNT, saying: “We feel very comfortable with our offering.” Gunning said that Post NL had indicated that it would be willing to share its 14.7 per cent share in TNT.
The offer launch is anticipated during the second quarter of 2015 and the transaction is not expected to complete until the first half of 2016, a reflection of the slow pace of government and regulatory authorities, said Gunning.
The transaction is subject to a €200m break fee.
But questioned on how the two companies had managed to agree a takeover in principle within six weeks of a TNT capital markets day, Gunning said: “Like the girl next door, you already know each other very well.”
No decision has yet been made on the tricky question of brand identity. The FedEx name is very strong in North America while TNT is well known in Europe and other markets.
Gunning added that the deal would improve job security for TNT employees and that he anticipated that there would be few if any redundancies as a result of the takeover.
TNT’s main air hub at Liege would be maintained and extended, and FedEx’s hubs in Paris and Cologne would also be retained.