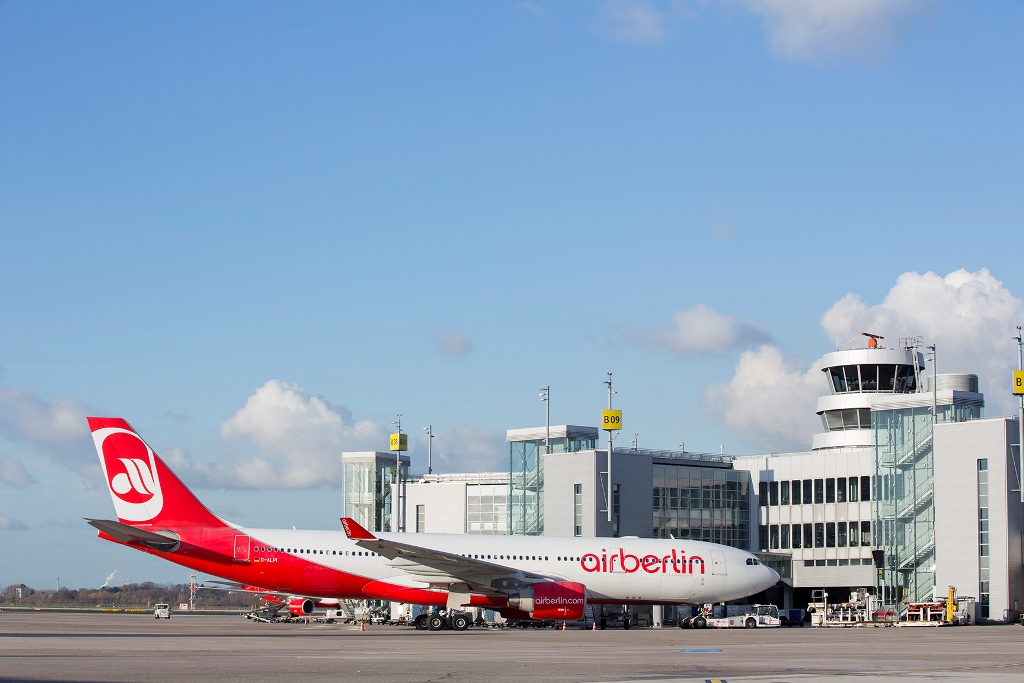 Leisure Cargo has moved to assure customers that its airfreight services have not been affected after its parent, Air Berlin, yesterday filed for insolvency.
The company, which is a virtual airline, marketing cargo capacity on 14 low-cost and tourist airlines, said that all flights operated by Air Berlin and Austria-based subsidiary NIKI would continue as planned following support from the Federal German Government.
“Continuation of operations and services of Leisure Cargo are ensured,” Leisure Cargo said. “That concerns all Leisure Cargo airlines, hence also flights of Air Berlin and NIKI.
“Therefore, our customers may proceed with bookings onto all Leisure Cargo carriers. Leisure Cargo will make sure that shipments will be transported to their destination with its bespoke service and quality.
“Leisure Cargo will do its utmost to grant its customers and partners the services they are used to also in the future.”
Germany’s second biggest airline yesterday filed for administration after reporting a loss of €782m last year. It has struggled financially for a number of years.

Until now the German carrier has been propped up by its main shareholder Etihad, which has a 30% stake, but the Middle Eastern airline appears to be changing its approach to airline investments that are struggling to turn a profit ­– it has also refused to inject more money in Alitalia and that airline has also gone into administration.

Etihad itself reported a major loss of $1.9bn for 2016. In April, it injected €250m into Air Berlin.
Following the news, the Federal German Government stepped in with a transitional loan of €150m that has helped keep Air Berlin flying.
Other airlines are already eyeing up Air Berlin’s assets, with reports that Lufthansa is in talks to buy parts of the airline, while EasyJet is also rumoured to be preparing parts of the airline.
Analysts suggest Air Berlin’s slots at Dusseldorf airport would be particularly attractive to Lufthansa.
Meanwhile, Ryanair has moved to block a takeover by Lufthansa, filing complaints with the German Bundeskartellamt and the European Commission regarding the “obvious conspiracy playing out in Germany between the German Government, Lufthansa and Air Berlin to carve up Air Berlin’s assets, while excluding major competitors”.
“Given the fact that the German Government is centrally involved in these manoeuvres, the Bundeskartellamt is likely to struggle to get out of bed. On this basis, and bearing in mind the scale of the market shares and the European implications involved, it is all the more important that the European Commission takes immediate and decisive action,” Ryanair said.
“This manufactured insolvency is clearly being set up to allow Lufthansa to take over a debt-free Air Berlin which will be in breach of all known German and EU competition rules.
“Now even the German Government is supporting this Lufthansa-led monopoly with €150m of State Aid so that Lufthansa can acquire Air Berlin and drive domestic air fares in Germany “even higher than they already are. German customers / visitors will suffer higher air fares to pay for this Lufthansa monopoly.”
Read more air cargo business news