No recovery in sight for air cargo 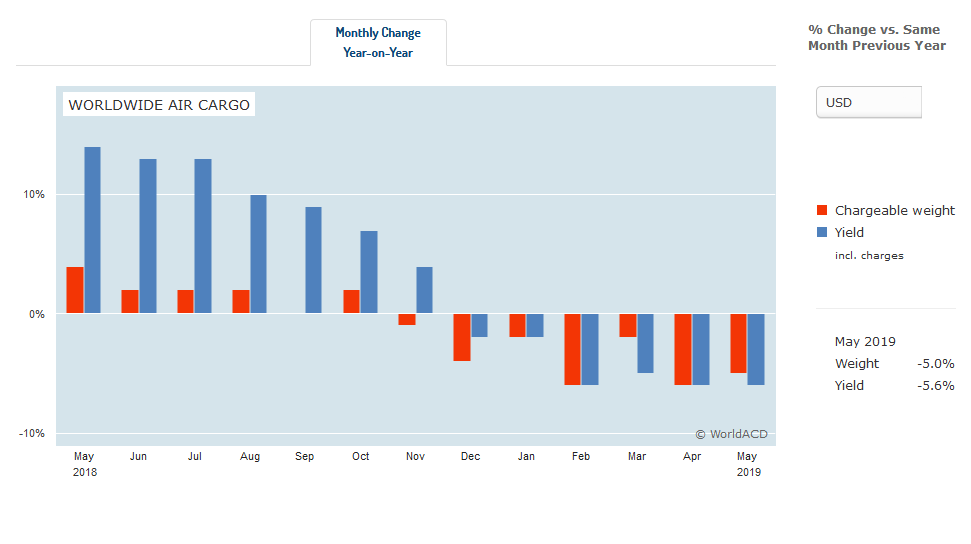 The latest figures from WorldACD do not offer any hopes for a recovery in air cargo growth this year, according to the analyst.

Figures show that the total chargeable weight of cargo decreased by 5% year on year in May, whilst yields in US dollar terms were down 5.6% on a year ago.

WorldACD said that the year-on-year decline for May was slightly better than the April figure, but was still behind the figure for the first four months of the year.

The analyst said: “Not a single region escaped the trend: the origins Africa and Europe suffered least, with YoY volume drops of 2.2% and 2.4% respectively, but the origins Asia Pacific and North America chalked up YoY losses of -7.0 % and -7.2 % respectively. Latin America and the Middle East & South Asia (MESA) could not buck the trend either (-4% and -3.4%).”

General cargo for May was 7.2% behind a year ago, while special cargo was 0.1% behind.  High-Tech & Other Vulnerable Goods, the largest category special cargo, increased by 5.3% year on year , whilst the second largest category, Pharma & Temperature Controlled Goods, rose by 9.9%.